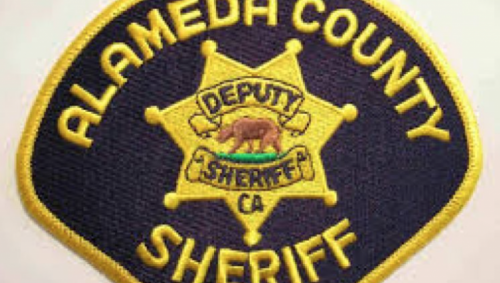 OAKLAND, CA — A Bay Area social justice group Monday said news that 47 Alameda County Sheriff’s Office deputies were suspended – but still getting paid – after an internal audit revealed about “10 percent of the active deputies working for ACSO received failing psychological exams dating back to 2016” was “horrifying” and “disturbing.”

“The fact that ten percent of the active deputies working for ACSO received failing psychological exams dating back to 2016 is disturbing. Even more horrifying is that the Sheriff’s Office has known about this for so long and did absolutely nothing except turn a blind eye and cover this up at the expense of the general public and incarcerated individuals,” said Ella Baker Center for Human Rights Organizing Director Jose Bernal.

He charged there was a “blood trail of in-custody deaths, disastrous handling of COVID-19 at Santa Rita Jail, and the targeted, over-policing on our Black, Brown and low-income communities. Nearly five years later and millions of county taxpayer dollars poured into ‘reforming’ the sheriff’s office and the results have only been catastrophic.

“This further highlights the egregious levels of dysfunction and corruption that have plagued the sheriff’s office for years. When the Ella Baker Center, our partners, and thousands across Alameda County called for an audit of ACSO back in 2018, we already knew the harm that had been caused by Sheriff Ahern and his office,” added Bernal.

The Ella Baker Center said it has “repeatedly called for transparency and accountability of the Sheriff’s Office, which has a long history of human rights abuses, neglect and poor conditions inside the county jail. Since 2014, there have been over 50 in-custody deaths inside Santa Rita Jail,” including “Dujuan Armstrong, who died while in custody in June 2018, and Christian Madrigal, who died while in custody in June 2019.

The group said despite urging a “full, transparent audit of the Sheriff’s Office,” the County “Board of Supervisors neglected to take action.”