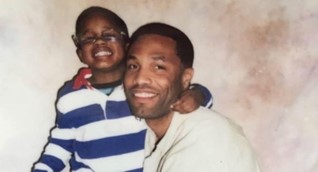 BRONX, NY – Andre Brown, after finally have his conviction overturned and after spending 22 years in prison for alleged attempted murder back in 1999, is expected to be released Tuesday on his own recognizance, although prosecutors are appealing that decision.

As a fellow exoneree, Deskovic said he was empathetic to Brown’s circumstances.

After reviewing a 93-page decision of evidence provided by Brown’s legal team, Judge David Lewis of the Bronx Supreme Court determined Brown’s previous trial lawyer “was ineffective for failing to produce medical evidence at the 1999 trial that Andre (Brown) had suffered a serious gunshot wound to his right leg.”

Because the suspect in the crime “ran towards the victims and chased one of them for more than the length of a city block,” it is clear Brown was physically unable to commit the violent act, said supporters.

Despite this medical evidence, however, the judge “ruled that it was not enough to establish his actual innocence as a matter of law” because eyewitnesses picked Brown out of a lineup.

In the court’s official statement on the effectiveness of Brown’s previous lawyer, the court agreed that if Brown was suffering from a gunshot wound in his leg, he “could not run,” and “the eyewitnesses are mistaken and misidentified the gunman.”

Brown’s legal team has said it is disappointed in a lack of justice for Brown, noting all of the evidence presented in favor of him.

Jessica is a third year at the University of California, Davis from Boise, Idaho. She is double-majoring in Political Science - Public Service and Gender, Sexuality and Women's Studies. She has been on the cheer team for UC Davis for three years, and is set to graduate a year early in June 2023. After graduation, Jessica plans to attend law school in Boulder, Colorado after obtaining more work experience in her field.