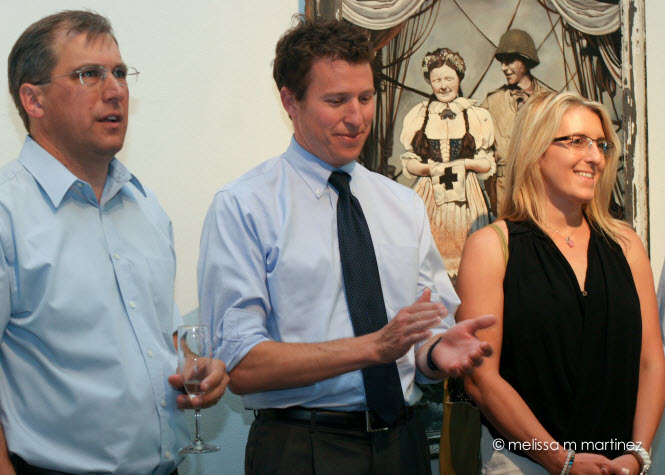 As I told people yesterday, if there is one article this year you read in its entirety it needs to be yesterday’s Sunday Commentary which tracks not only the 2008 to 2012 history, but shows how we got in the mess that we are in.

Anyone who believes we can reduce seven to eight million dollars in one budget without pain is fooling themselves.  The next month or so is going to be just as contentious as the elections.

People have been waiting to see what Steve Pinkerton was going to do.  It’s no secret as to why the council brought him in, the question was really when he was going to start doing it.

Mr. Pinkerton has made some mistakes along the way.  His reorganizational plan may just save the city three million, as he wrote into the budget.  But at times it has been executed in a clumsy and sometimes insensitive matter.

The city continues to have a PR problem.  For instance, restructuring of city hall has been a lightning rod for criticism.  It was never articulated clearly the purpose and ends it served.  Instead, it quickly got spun into a largesse, an ego trip, and a money-wasting boondoggle.

The truth is the city manager believes by reorganizing space and utilizing space more efficiently the city can eliminate superfluous positions and save money.

That brings us to the nine layoffs in DCEA (Davis City Employees Association).  The city did not expect the PERB (Public Employment Relations Board) ruling until later in the year, but the early decision just punctuates the thinking here.  The city knew it screwed up the impasse situation.

The explanations I have gotten from the city, frankly, do not make a lot of sense and sound more like spin.  The only Memorandum of Understanding that came last round after DCEA was the police officers, and their previous MOU expired a year later than the other bargaining units.

The fact is a close call should have compelled the city to wait one more month to ensure that they have dotted their “i’s” and crossed their “t’s.”  They didn’t and now it is going to blow up in their faces, by about $800,000.

The public needs to understand the following: first, every other bargaining unit in the city took concessions in 2009 except DCEA.  That those concessions were insufficient is notwithstanding the fact that they took them.

Second, DCEA could take concessions today to save those jobs.  But you heard from Dave Owen, they are not going to do so.  He has his reasons.  The public and council are free to disagree and have done so.

Third, lacking concessions, the city has little choice but to send layoff notices.

Now, I think the city made critical errors here.  First, the timing stinks to high heaven.  You do not have an election on Tuesday where the voters renew the parks tax and then on Wednesday send out layoff notices.  That violates PR 101.

And there was no need to do it.  The city had a budget that they laid out last Tuesday.  In it was $7 to $8 million in cuts.  Few people, I think, would have batted an eye if the city laid out the budget on Tuesday, then sent layoff notices on Wednesday.

The retribution charge does not fly.  The city has to recoup the money and if DCEA is not willing to grant concessions, the city has no choice.  That part was solid.

However, no part of the cuts was more explosive and incendiary than the tree trimmer part.  This is a matter of Steve Pinkerton not getting the Davis mentality and the Davis way and, frankly, this is where he needs to lean on his councilmembers who have lived in this community for years to help him out.

The city believes that they can get the same service for less.  In the coming days and weeks, the Vanguard will push the leadership on the council to lay this out more clearly to the public.

Perhaps they are right.  Perhaps not.

Trees are a vital part of this community.  We not only have a commission – the Tree Commission, charged with making decisions on tree removals and tree modifications, but we also have a private non-profit, Tree Davis, whose function is to keep “Davis clean, green and cool by enhancing and expanding our urban forest.”

Trees are a central part of our lives and people take this stuff seriously.

With trees come hazards of falling branches and even whole trees if we do not take proper care.  The result is that people are less willing to mess with cheaper outsourcing with trees than they are in other areas.

Perhaps the city really believes they can get the same service for cheaper.  This is in my mind a PR issue.  They needed to explain and lay out the policy and the belief in advance, rather than attempting damage control after the fact.

In 2009, we had a council and management that played games with numbers.  If you had a contract that the previous year called for a 3% increase in compensation, the council used the projected increase the next year as the baseline and anything below that baseline they considered a cut.

The current council would not even think to do that.  That is progress.

Last year, Paul Navazio presented a budget with no changes in retirement benefits and did not add the increased infrastructure costs and yet showed in the out years a surplus.

The council last year did not allow him to get away with that.  That is progress.

This year’s budget does some amazing things.  It funds infrastructure at over $3 million.  It uses real numbers for pension costs rather than the rate-smoothed numbers of PERS (Public Employees’ Retirement System), and it gets us to where we need it to be.

Where the city still needs work is on public outreach and public relations.  Steve Pinkerton has lived in this community less than a year.  He is a quick study, but he needs to rely on his council to help navigate.

The layoffs and the tree trimmer cuts were unnecessary missteps that could have been prevented with a better understanding of the landscape in Davis.

I am far from convinced that the tree trimming route was the best cut, but it is a cut that had to occur within DCEA.  Other cuts to management need to follow, and they undoubtedly will.

A reader chided us for not finding more room for hope.  Well, this is not a happy time.  We are going to see good and hardworking people get laid off or take serious pay cuts.  We should not rejoice at their expense.

However, we can take solace that the city at long last is serious about fiscal sustainability and budgetary honesty.  For those reasons, I agree that it really is a brand new day in Davis.

16 thoughts on “Commentary: Slow But Measurable Progress with City Governance”