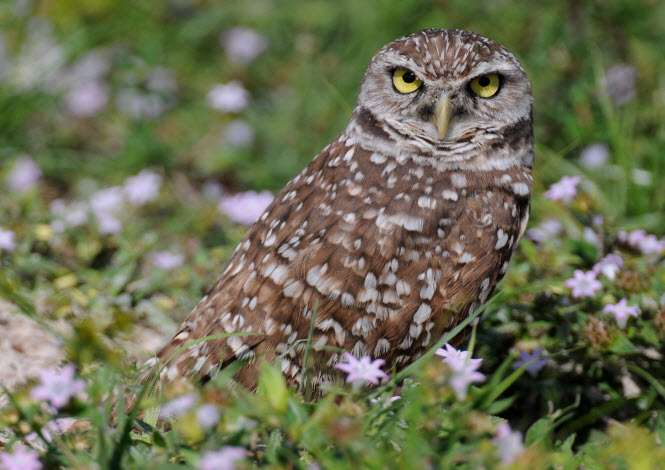 By Catherine Portman and Pam Nieberg

Guest Comentary – As many local environmentalists recall, nesting burrowing owls at Mace Ranch were illegally disked into the ground in 2000. As part of the mitigation for this loss, the City of Davis, as the lead agency for the Mace Ranch development project, worked with Yolo County to create a Burrowing Owl Reserve at Yolo County Grassland Park on Mace Blvd. south of Davis.

The Management Plan unambiguously defines the vegetation height objective: “Maintain herbaceous vegetation height and density in a range suitable for year-round occupancy, including nesting and foraging by burrowing owls.”

The City of Davis’ Wildlife Resource Specialist conducted the vegetation height measurements and owl census between 2005 and 2007. From 2007 to 2009 the City engaged a certified burrowing owl biologist consultant from Sustain Environmental, Inc. (SEI) to conduct the required surveys.

Unfortunately, a review of these vegetation height measurements demonstrates that the City has completely failed to meet the specified height requirements and has not been in compliance with the Management Plan since 2005. The height has been above 5 inches at every April measurement with highs of 12 and 20 inches. One single July measurement was below 3 inches when the park was grazed. All the other July measurements were above 4 inches with a high of 10 inches.

In their 2008 report SEI wrote, “…vegetation heights of four times the standard (16 and 18 inches) were measured along some of the transects, and the mean effective height of every one of the transects exceeded the compliance standard by at least 25%…From a burrowing owl’s perspective, approximately half of the reserve was unsuitable habitat at the time of the July survey.“

The Management Plan requires a bi-annual burrowing owl census to determine the effectiveness of the Management Plan in actually maintaining or increasing the number of burrowing owls at the site. In 2005 a single owl was sighted in February and March. In 2011 a single owl was sighted in April. The last known breeding of burrowing owls at Grasslands Park in 2005 was on the radio-controlled airplane runway where the grass is routinely mowed.

Burrowing Owl Preservation Society and the Sierra Club Yolano Group have written letters and held meetings with the City’s Wildlife Resource Specialist, the Sustainability Program Manager and the current Mayor asking the City to fulfill its legal obligations and actively implement the Management Plan, but to no avail.  Burrowing Owl Preservation Society has also requested a meeting with the Davis City Manager, but received no response.

This lack of action on the part of the City to meet its environmental obligations is  disconcerting. It is unconscionable that a City that prides itself on its environmental reputation and its respect for wildlife is disregarding a legally binding agreement to properly maintain the burrowing owl habitat at Grasslands Park. It is time for the City to step up and fulfill the terms of the contract to which it agreed.