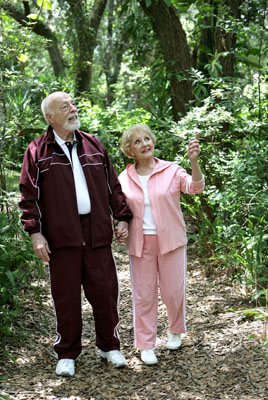 Over the past few years we have done a lot of talking about successful aging, and specifically about senior housing.  As we continue to wrestle with these aging issues it is useful to see how others are looking at the challenge of successful aging.

In a story published today, PBS looked at the “Top 10 U.S. Cities for Successful Aging.”

The author, Jason Kane, certainly knows how to construct an introductory paragraph when he writes:

Forget the palm trees and warm sea breezes, the health care facilities in this small western city “specialize in geriatric services, hospice and rehabilitation, and the metro has recreation and an active lifestyle.” It’s enough, at least, to make Sioux Falls No. 1 of 259 small cities in a recent study by the Milken Institute, a non-partisan think tank.

With a booming economy, low unemployment, and a rapidly growing financial infrastructure, Sioux Falls is a good place for seniors who want to work or start a second career. Its hospitals specialize in geriatric services, hospice, and rehabilitation, and the metro has recreation and an active lifestyle.”

How did the Milken Institute define “successful aging”?

1.      Seniors want to live in places that are safe, affordable, and comfortable.  Factors in this category are:

2.      Seniors want to be healthy and happy. Factors in this category are:

3.      Seniors want to be financially secure and part of an economy that enables opportunity and entrepreneurship. Factors in this category are:

4.      Seniors want living arrangements that suit our needs. Factors in this category are:

5.      Seniors want mobility and access to convenient transportation systems that get them where they want and need to go. Factors in this category are:

6.      Seniors want to be respected for our wisdom and experience; to be physically, intellectually, and culturally enriched; and to be connected to our families, friends, and communities. Factors in this category are:

How would you rank Davis on these senior success factors?

Davis is lumped into the Sacramento/Arden Arcade /Roseville metro area, which did not fare particularly well, with a ranking of 62nd out of 100 Large Metro Areas.

As we look at Davis it is useful to drill down into what the report said were the reasons Sioux Falls was the #1 Small City.  How would you compare Davis to Sioux Falls?

One of the other really interesting components of the Milken Institute Report was a section on Programs With Purpose that could provide the inspiration for improving the quality of life for Davis’ older residents.  Do any of these nine Programs With Purpose resonate?  Do we have any similar programs in Davis?

BEACON HILL VILLAGE:  As social networks bring young people together on the Internet, seniors are building social networks to meet their needs and stay in their own homes. Beacon Hill Village in Boston pioneered this virtual village movement, which has spread across the United States. These associations of individuals and families don’t typically deliver services directly but coordinate access to transportation, health care, home repairs, etc., eliminating the need for a structured assisted-living environment. It’s membership-driven, creating community and preserving autonomy at the same time. Many say it fits well with baby boomers’ attachment to the full, involved lives they’ve led and don’t plan to surrender just because they need some help. Membership costs $400 a year on average plus fees for some services-an economical alternative to other forms of care.

COMPLETE STREETS: It’s the automobile’s world; pedestrians and cyclists just live in it. In an effort to change that equation, the seven-year-old National Complete Streets Coalition-in partnership with AARP, America Bikes, the National Association of City Transportation Officials and others-presses for measures to make walking and biking safer, more convenient and more appealing. Among the goals: less obesity and fewer fatalities. Overrepresented in traffic deaths, older people face challenges as drivers and walkers. Signs are often inadequate; walk signals are too short and traffic too fast for them to cross wide streets safely; and bus stops often lack seating. Unfriendly streets can also discourage seniors from going out and add to their isolation. To date, more than 350 regional and local jurisdictions, 26 states, Puerto Rico and the District of Columbia have adopted or otherwise committed to Complete Street policies.

EISNER PRIZE: The de facto segregation of children and elderly people in America represents a loss to us all. That’s the view of Michael Eisner, the former Walt Disney Co. chairman who is investing some of his fortune in solutions. His Eisner Foundation seeks to bring those precious populations together and uplift both. Last year, the foundation launched the Eisner Prize for Intergenerational Excellence, celebrating people and organizations across the country that devise innovative ways to get young and old to collaborate in learning and friendship. The award comes with a $100,000 grant. Among the seven finalists in 2012 are Canoga Park, Calif.-based Grandparents as Parents, a group that provides support services to relatives raising at-risk kids, and DOROT Inc. of New York, which eases social isolation among the elderly. The prize will be presented Oct. 25 in Cleveland, Ohio.

GREEN HOUSES: Dr. William Thomas was troubled by the loss of spirit and waste of ability he witnessed in nursing homes. From that frustration grew the Green House vision, made real with funding from the Robert Wood Johnson Foundation. Connection and conviviality are key principles of Green Houses. So is privacy. Each elder has a bedroom and bath, but the homes feature large common rooms and dining tables to seat all residents and staff. It’s less like a nursing facility and more like a home. Caregivers are trained to support a fuller life for residents and cultivate relationships of mutual learning. Since the first project in Tupelo, Miss., more than 130 Green Houses have welcomed elders, and more are planned. Research shows that the model benefits clients’ quality of life and clinical condition. For instance, they generally suffer less depression and enjoy a greater sense of dignity.

LIFE BY DESIGN NW: Life by Design NW helps baby boomers navigate the way forward. The nonprofit engages clients in exercises that reveal values and skills that could become the basis of a fresh career. For instance, a client may be asked to analyze her or his happiest experiences. Did they involve creativity? Charity? The outdoors? The answers provide clues to a satisfying second half of life. Another emphasis is connecting clients with volunteer gigs in leadership posts, providing an opportunity for self-discovery and growth as well as community service. There is also a full complement of affinity groups and salons in which participants write, talk, and reflect on difficult life/work transitions and job seeking. LBD is attached to the CLIMB Center at Portland Community College in Oregon and funded by the Atlantic Philanthropies.

PURPOSE PRIZE: Capital for jobs and investment has fled Detroit, along with much of the population. Randal Charlton has channeled his talents into rebuilding that capital through home-grown entrepreneurship. A serial entrepreneur (and former agriculture journalist) now in his early 70s, Charlton took over TechTown, a business incubator at Wayne State University, in 2007. In four years, TechTown nurtured 250 companies and trained 2,200 aspiring industrialists with partners and donors such as GM and the Department of Housing and Urban Development. Last fall, the think tank Civic Ventures honored Charlton with the Purpose Prize, an award of up to $100,000 bestowed on innovative members of the over-60 set whose second (or third or fourth) careers focus on new ways to solve social challenges. Like the Purpose Prize, Charlton is now hoping to inspire other baby boomers in their encore careers through the TechTown-affiliated organization Boom! The New Economy.

SENIOR CONNECTS: Seniors are typically eager to share the benefit of their experience with the young, but Daniel Kent has made teaching a two-way street. Kent was 14-an eighth-grader-in 2003 when he saw that seniors were being shut out of the Internet revolution. Dismayed that aging people often let go of their pursuits, as they exit their careers, perhaps, or lose their mobility, Kent wanted to help them expand their world. So the Indianapolis computer whiz launched Senior Connects, which sends teenagers into retirement homes to help residents get a digital life. They mentor with more patience and less jargon. Seniors get to learn, shop, play, and keep in touch online, and the kids meet great people on the other end of the age spectrum. Senior Connects is going strong under the umbrella of Net Literacy, which is involved in a gamut of tech-related public-interest work. Organizations from the U.S. Broadband Coalition to the European Union have lauded its principles for digital inclusiveness.

SPORTS FOR LIFE: Fancy yourself a 50-plus decathlete? You can test your mettle in the Deca-Challenge at the annual San Antonio Senior Games. Henry Cisneros, the former four-term mayor, is among the sturdy seniors who compete. The games begat Sports for Life, an organization that brings the benefits of fitness and the joy of athletics to seniors year-round. SFL now promotes and organizes a wide range of play, from swimming to pickleball. And Texans can use a workout; everything’s bigger there, especially waistlines, as metro obesity rankings unfailingly show. San Antonio has been trimming its profile of late, though, and SFL takes some credit for that. Getting the program up and running wasn’t done from behind a desk. It took lots of pavement pounding and influential backers like Cisneros to get buy-in from donors and access the many local resources that now welcome seniors to get physical.

Share:
Previous : Special Commentary: In Search of the True Spirit of Labor Day
Next : My View: Secession is a Bad Idea for Northern Counties

6 thoughts on “Does Davis Provide for Successful Aging of Seniors?”