The Rise of the Startup Culture – We have focused a lot of our time and energy looking at the proposed innovation parks. The most important thing that we need to remember is that there is not a zero-sum game between focusing on entitling peripheral innovation parks and utilizing existing space.

As much Studio 30’s research has been thrown around in recent weeks, their finds dovetail with this. Studio 30’s report indicates, “Studio 30’s research suggests that the City pursue a broad strategy to attract innovative businesses that offer a number of sites that are scalable and range in size so the community can accommodate an incubator, startups and expanding businesses. Some should be directly in contact with the University. This mix of small and large sites allows the city the flexibility to successfully attract, grow and retain innovation businesses. External sites have the potential to support the most jobs because of their size and ability to accommodate a wider variety of both size and type of businesses.”

At the same time it recognizes, “The current isolated and dispersed sites that are available and appropriately zoned are not adequate in terms of size, location, or configuration (and related constraints) to address the emerging market need of an Innovation Center.”

But while innovation parks are the big ticket item that we will be looking to generate the bulk of the city’s new revenue, creating and fostering a startup culture is critical and here we need to applaud the efforts of Jumpstart Davis.

Rob White, the city of Davis’ Chief Innovation Officer, on November 6 recently wrote, “While reading a recent article by David Lumb on the Fast Company website titled “The Recipe for Building a Startup Scene in Any City” I was encouraged to find many of the ingredients listed were in progress in Davis.”

Indeed, Mr. Lumb points out, “There are four things that need to be in place in order to build a startup scene. The first is a venue that is cheap and central, where meetups can take place. The second is a monthly event where all of the startups gather. The third is an established hashtag everyone in the community can use to share photos and event info. And finally, a coworking space that is open 24/7 so that when an outsider lands in the city, they have a place to go and meet tons of people in the scene.”

That reads like the to do from Jumpstart Davis. As Michael Bisch announced, the first initiative was to have a monthly mixer. The second initiative was to explore creating a co-working space. He said that they are well on their way to doing that in the downtown right behind where Sophia’s is located.

The third initiative was to bring some TEDx events to Davis. “TEDx-UC Davis already does events on campus and we wanted them to bring their exciting programming to our downtown.”   Starting on Saturday from 9:30 to 12:30 at the Varsity Theater will be a TEDx Salon event.

The fourth initiative is to create a $1 million startup fund.

The first monthly mixer was a smashing success, with riveting talks from Anthony Costello and Graham Ryland, a good audience with a mix of people ranging from college students to established business owners.

I was reminded the next day of the importance of having space where people can come together, as I ran into an individual in the Davis downtown working on a startup and needing advice and direction about how to get funding.

Clearly, the idea is that if we build it (an innovation park), it will come. But fostering the startup culture in town is like a baseball team investing in player development and their farm system. Some of this will come from the university, but a lot of it will be coming from people in the community, attracted by the energy and resources of the university but not directly related.

Wednesday was an exciting night to see the great things happening in this community. 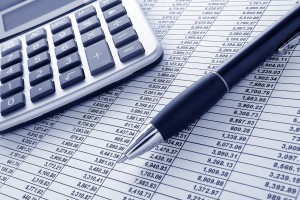 Dose of Reality Needed on the Budget

The city manager, Dirk Brazil, probably struck the right note on Tuesday night. He said they are “cautiously optimistic” – which is a long way from declaring the structural deficit solved and the fiscal crisis over.

Let us rejoice over the $850,000 in unanticipated revenue and let us be pleased that the money will go into the fund balance, to build the reserve back up to 15% – even now, it currently sits at only 13.9%.

Mayor Dan Wolk quipped, “I’m not going to put a cap on the enthusiasm.” The mayor added, “My impression of this is that this is not just a one-time aberration…  My impression is this has some stickiness to it. That is before Measure O kicks in.”

However, his colleagues tamped down enthusiasm and expectations.

Mayor Pro Tem Robb Davis, I think, has the right thoughts here. He noted that the revenue is coming from increased homes sales, stating “There was a pent-up demand during the recession.”

Will it last? Probably not. Said the mayor pro tem, “My simple interpretation – Cannery hasn’t opened yet, we haven’t built a lot of commercial buildings where we’re getting unsecured property tax or anything like that, so this is home sales.”  He wanted to know the trajectory and where this would take us at the end of the year.

He also spoke about PERS (Public Employees’ Retirement System) and OPEB (Other Post-Employment Benefits).  “The good news is we’re in a place where we’re addressing those long-term liabilities.  The time horizons are long – 30 years – but we’re addressing them,” he said.  “But we’re putting away money in a way in which our actuary thinks is a reasonable approach.”

“But,” he said, “the point is that between 2020 and 2021… between OPEB and PERS we’re going to need to be coming up with an additional $4 to $5 million. Additional on top of today. But that’s a hefty piece of money. We are in a situation where we need this money.”

“We have the road backlogs, we have Bob Clarke who is ready to put out a bid on the study of other infrastructure – especially building replacement costs,” he added.  “When we begin to finally internalize those things into our normal budgeting process then we can start breathing a little bit.”

That is the real problem, back in 2011, then-Councilmember Sue Greenwald made a motion, a motion that passed unanimously, to have truth in budgeting. That means to add the unmet needs, unfunded liabilities, and deferred maintenance into budget projects so we are not where we are now – in a situation where we have tens of millions if not hundreds of millions in obligations, but the budget appears to be balanced.

As Councilmember Brett Lee said, “I think we need to more explicitly talk about roads.” He noted that we are looking at 20 years, $6 to $8 million a year to stay current, “and that’s not in the current budget projections.” He added, “Even when you include the Measure O funds, that’s nowhere near the $6 to $8 million going forward for 20 years.  We need to talk about that and really have that part built in so that it’s not an afterthought.”

He added, “We may not be able to fully fund it, but at least have it explicitly listed so that it’s not an afterthought.”

That is exactly the problem. So, while the budget has improved and there is talk potentially about an employee compensation increase, we have not really dealt with the core problems that underlie our budget.

The budget deficit being gone really doesn’t mean all that much.

32 thoughts on “Monday Morning Thoughts: Excitement Over Emerging Startup Culture; Dose of Reality on the Budget”