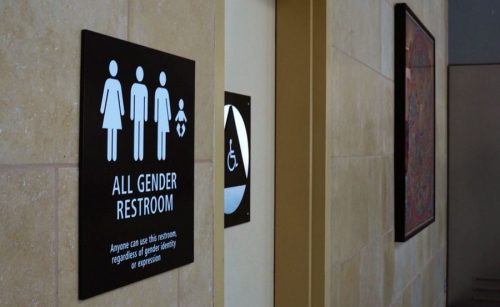 What do they say about déjà vu all over again?

That is what seems to be happening in North Carolina where lawmakers are again rushing through a poorly thought-out, dangerous backroom deal under the guise of removing their hideous anti-LGBTQ law, HB2. But behind closed doors, in the middle of the night, all we are left with is a claimed “compromise” to repeal HB2 that just further entrenches discrimination against LGBTQ North Carolinians.

You may remember North Carolina’s infamous House Bill 2 (HB2), the bill that has cost the state over $3.75 billion dollars, cost its former Gov. Pat McCrory his election, and cost thousands of LGBTQ North Carolinians their piece of mind and safety. It has been a stain on the state compounding the disgrace of a General Assembly that had already systematically worked to disenfranchise Black voters and solidify power for those already seated in office.

But let us be clear – this is no compromise. This is no repeal. This is HB2.0 and is perhaps more insidious in its targeting of LGBTQ – and particularly of trans and gender non-conforming – people. It is a backroom deal that shows no input from the community, that shows no leadership from lawmakers, that shows a callous disregard for the basic humanity of the trans and gender non-conforming people that call North Carolina home.

The bill does repeal HB2, but it just replaces it with prohibitions on local government entities (including cities, towns, schools) from extending legal protections to LGBT people until 2020 and bans on protections for transgender individuals in restrooms and other single-sex spaces forever.  The bill makes it illegal to protect people from discrimination. And worse still, it does so under a claimed interest in protecting “bathroom safety and privacy.”

No matter how many times these lies are restated, they will never be true. Letting trans people use the restroom as we must and have always done harms no one. Our bodies do not make others unsafe. We do not infringe on the privacy rights of others by existing in the world.

Being unfamiliar or uncomfortable with us does not translate into a right to expel us from society. And make no mistake, that is once again, what HB2.0 does. This is another iteration of the same – and worse because it shuts down the momentum from the past year of work against HB2. It derails the litigation, the organizing, and the public perception of what is happening.

Already in 2017, at least 8 trans women of color have been murdered. Trans young people and their families are reeling from the loss of support from the federal government. Trans people are forced to listen to people tell us we are unworthy of safety, of peace, of comfort, of simply surviving.

This is no time to play politics with our lives. This is a time to be bold in the defense of justice.

Shame on you, Roy Cooper, and everyone in the North Carolina General Assembly pushing this dangerous and fake repeal. We will not be fooled. We will fight on.