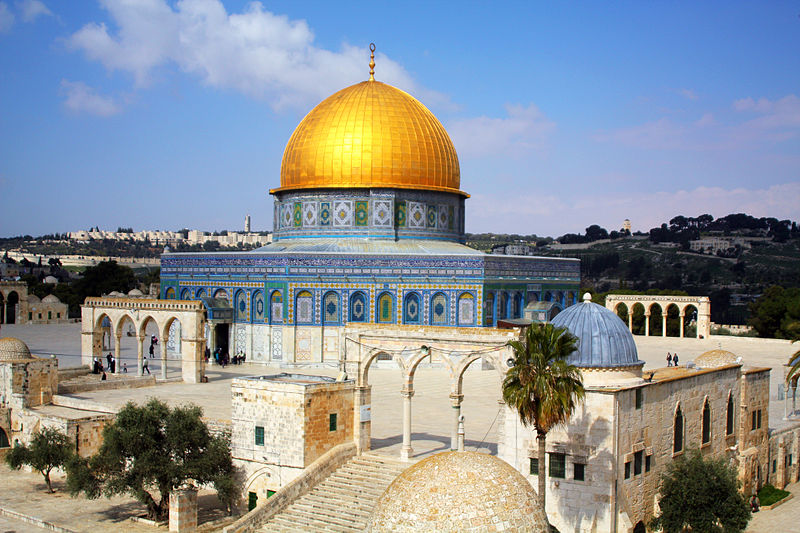 Imam Shahin (California Imam Apologizes…July 28) misleadingly refers to “commitment to defending religious rights in Jerusalem” and “this group shutting down the mosque” as a way to excuse his call to destroy Jews on July 28, following his equally egregious July 14th call: “Oh Allah, turn Jerusalem and Palestine into a graveyard for the Jews.”

The supposed “shutting down of the mosque” Shahin referred to actually resulted from Jerusalem mufti Sheikh Muhammad Hussein declaring “The prayer of anyone entering the al-Aqsa mosque via the metal detectors is null and void.” Bear in mind that the Kaaba in Mecca, Islam’s holiest site, is surveilled by 5,000 CCTV cameras which apparently do not render prayer at that site “null and void”. And how is it that weapons smuggled into al-Aksa by Muslims to commit murder there do not defile the site, but metal detectors or cameras at its entrance would?

Endlessly employing the canard that the al-Aqsa mosque is under Israeli attack, Palestinian political and religious leaders have deliberately stirred up violence, and now ugliness and calls for violence against Jews are emanating from American mosques in Davis and Riverside, California. No non-apology apology can clear this up. The remarks by Imam Shahin were recurring and calculated to incite hate.

The fact that his mosque has not spoken out forcefully against his remarks is also extremely troubling.

Julia Lutch is a Davis resident