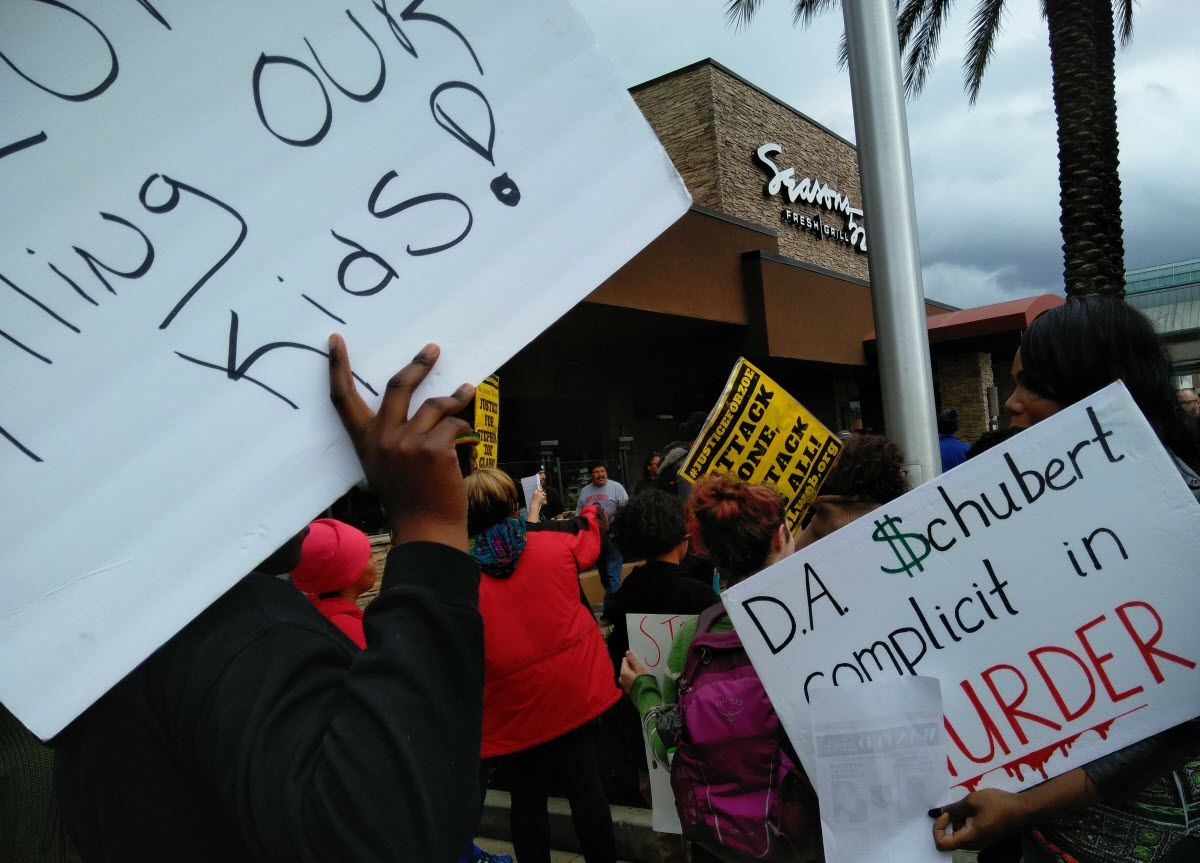 SACRAMENTO – Protests in the aftermath of the Saturday decision by prosecutors to not charge the two Sacramento police officers who shot and killed unarmed Stephon Clark a year ago ramped up Sunday when protests closed the Capital City’s largest mall.

Protestors also issued a “Wanted” poster for the City of Sacramento officers who slayed Clark.

Arden Fair Mall apparently elected to lose hundreds of thousands of dollars, and inconvenience thousands of Sunday shoppers because activists were planning a peaceful public education event at the mall to inform shoppers about the Clark killing and racial injustice.

The mall could have allowed the free speech event, or close its doors. It did the latter.

A mall spokesperson suggested the mall couldn’t guarantee the safety of patrons – although there has been no violence after Sacramento County District Attorney Anne Marie Schubert said she wouldn’t prosecute City police officers for killing Clark.

Saturday, after the announced by the DA that her office wouldn’t prosecute the officers, there was a four-hour protest at SPD headquarters where several “Blue Lives Matter” flags were torched by demonstrators.

The mall released a statement noting it respected the “free speech” rights of demonstrators, but closing the mall instead of allowing that free speech inside appeared to be inconsistent with the support for free speech, said one protestor Sunday.

About a dozen student protestors, some with the Black Student Union, entered the mall about closing time Saturday and held a peaceful sit-in – mall authorities let them stay there all night and then asked them to leave Sunday morning.

Berry Accius, an organizer with Voices of Youth, told reporters Sunday that 13 Black students closed down the mall, and that their message was that “two killer officers can no longer reside or work in  Sacramento ever again,” and that they should be fired.

Activists reportedly said that shutting down the mall was the “only way for folks to realize what’s going on.”

While would-be mall patrons were turned away in droves, the crowd of demonstrators, including men, women and children – topped out at around 50, doing what they intended to do inside – distributing flyers about racial injustice and the Stephon Clark killing by police. 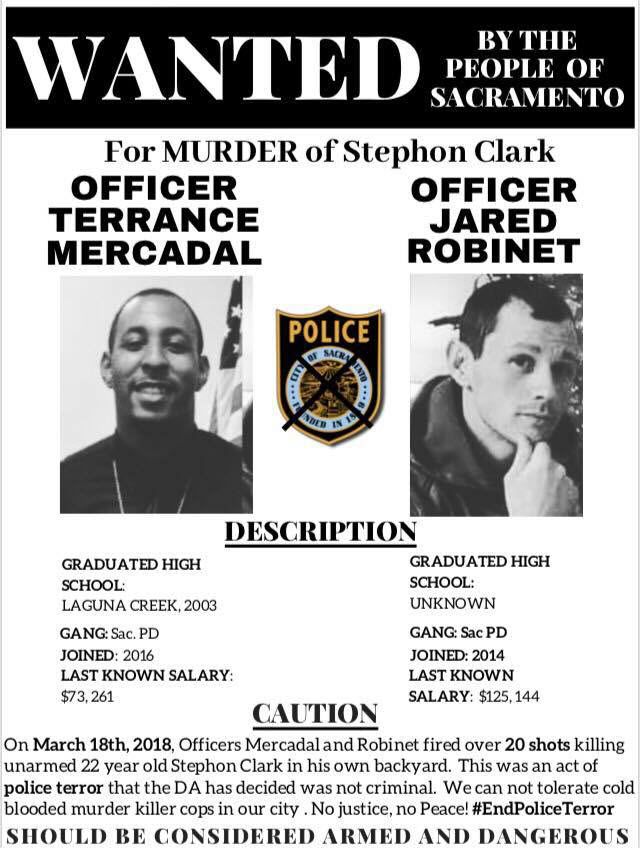 “WANTED BY THE PEOPLE OF SACRAMENTO for Murder of Stephon Clark” read the poster, over the mug shots of SPD officer Terrance Mercadal and officer Jared Robinet. Mercadel joined the force in 2016 and Robinet in 2014, and earn about $73,000 and $125,000, the poster noted.

The poster continued:  “Officers Mercadal and Robinet fired over 20 shots killing unarmed 22-year-old Stephon Clark in his own backyard. This was an act of police terror that the DA has decided was not criminal. We cannot tolerate cold blooded murder killer cops in our city. No justice, no Peace #EndPoliceTerror.”

The warned the officers “should be considered armed and dangerous.”

Share:
Tags:Anne Marie SchubertPolice ShootingProtestersStephon Clark
Previous : Jury Finds Earnest Not Guilty of Child Abuse; Hangs on Assault with Possibility of Retrial
Next : Commentary: The System is Broken… The Good News Is We Can Fix It