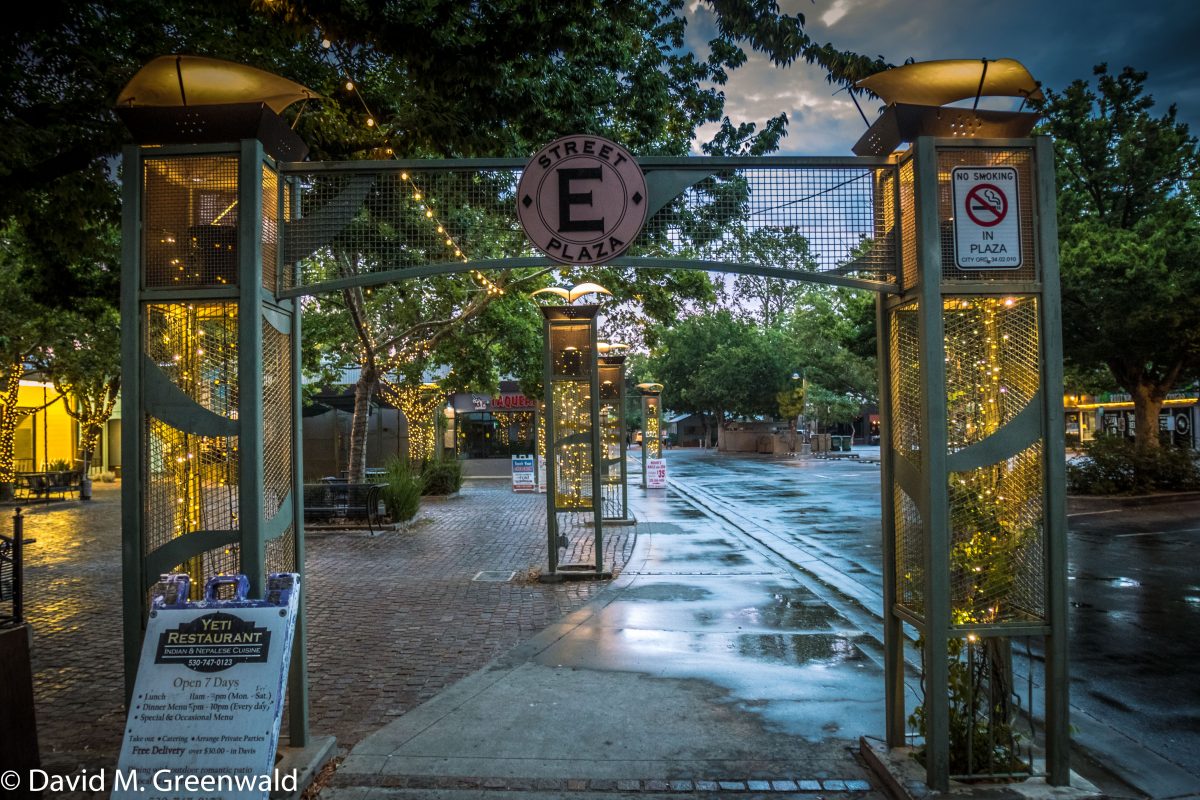 One of the big questions we asked back during the Trackside debate was – even if you believe that Trackside should go to four stories – should it have been approved at that time or was it better to wait for the Core Area Specific Plan to be approved and then be considered?  That gets me wondering whether the time to attack the paid parking plan is now or after we have approved the CASP.

Before I answer that question, let us look at the September 11, 2018, staff report which was a check-in on the downtown planning.  After all, if we are going through all this fuss and then going to radically change the downtown, perhaps now is not the best time.

Their parking diagnosis points out the following:

First, “A visitor’s First impression is that the downtown parking is often full.”  Second, “Yet, simultaneously, hundreds of parking spaces in slightly less convenient garages and lots are empty even at the busiest times of the day and busiest weeks of the year.”  Third, “This perceived shortage is happening because the most convenient curb parking spaces are free or cheap, while the garage spaces often cost more.”

Therefore, they conclude that “the most important response to this is to fix the management of the parking.”

That is basically the same analysis as the Parking Task Force gave and the consultants are giving.  And it happens to mesh with many people’s observations.

What about adding supply?

The Task Force concluded: “Even if the most efficient use of the available Downtown parking supply is made, increased demand for parking due to new development in Downtown and elsewhere in the City and UC Davis will create the need for an expansion of the Downtown parking inventory over time.”

Their recommendation was that supply be planned as soon as possible “in order to be prepared to act when appropriate.”

But as we have pointed out, the fund problem is probably insurmountable.  We have not seen a reasonable proposal for adding supply – at least in the short term.

The DPAC (Downtown Plan Advisory Committee) made a recommendation on this and that was to “prioritize parking management before adding new parking.”  That was based on a number of factors, including the advice of the consultant team.

But there are several factors at play here.  First is the potential that use of automobiles will start to decline as climate change becomes more acute.  Second, if housing does come to the downtown, that could generate parking, but at the same time increase customers without increasing traffic.

Third and most important is parking structures are expensive and right now we are about to introduce a ton of change into the area – why are we going to spend a huge amount of money for something that at least potentially could be unneeded or obsolete, based on future planning as well as future trends?

Part of why we might want to consider waiting could depend on the plan that emerges out of the DPAC process.  For instance, if the city ends up recommending creating housing over retail and office, then parking is going to have to be a concurrent consideration.  And while the majority of that parking might be for residents, perhaps you save one level per block for public parking?

It is not clear how much consideration this point has gotten in the current debate.

Consider that this planning remains preliminary, but one concept is to “develop each sub-area of the downtown with a distinctive character,” but “together the sub-areas create a hierarchy of form and scale in Downtown, and reinforce overall Downtown Identity.

“The expected result is predictable urban form that incorporates some flexibility to encourage creative design; and development that is economically viable.”

The upside of this is that they are looking at six different sub-areas within the downtown and the planned paid parking area would overlap with parts of two those – the G Street District and the Heart of Downtown.

But how is this all going to work?  Remember, meters are expensive infrastructure – so making these changes in advance of massive changes to the downtown plan might not make much sense.

Furthermore, they are also looking at an Expanded E Street Plaza, a Third Street Square, and a Square South of Third Street.

They are also looking at a 10-20 year evolution which would be the 2nd Street Transformation.

This is mitigated, however, by another key point that Dan Parolek of Opticos Design made in September.  He called it “incremental evolution,” and explained, “This is not going to happen overnight… It’s going to take time.”

A good case can therefore be made that we have a parking management problem now, and, while things are going to change in the next 10 to 20 years, we need to figure out a fix now.

These all need to be considerations, of course, for council – but that leaves me with three concluding thoughts.  First, should we make these changes before we have even approved a final downtown design?  Second, how do we make the parking situation workable now?  And third, is there a compromise that can be reached by businesses who are probably harmed by current parking patterns but nervous that changes will further undermine their customer base?

13 thoughts on “Sunday Commentary: Is Now the Time to Implement Paid Parking?”