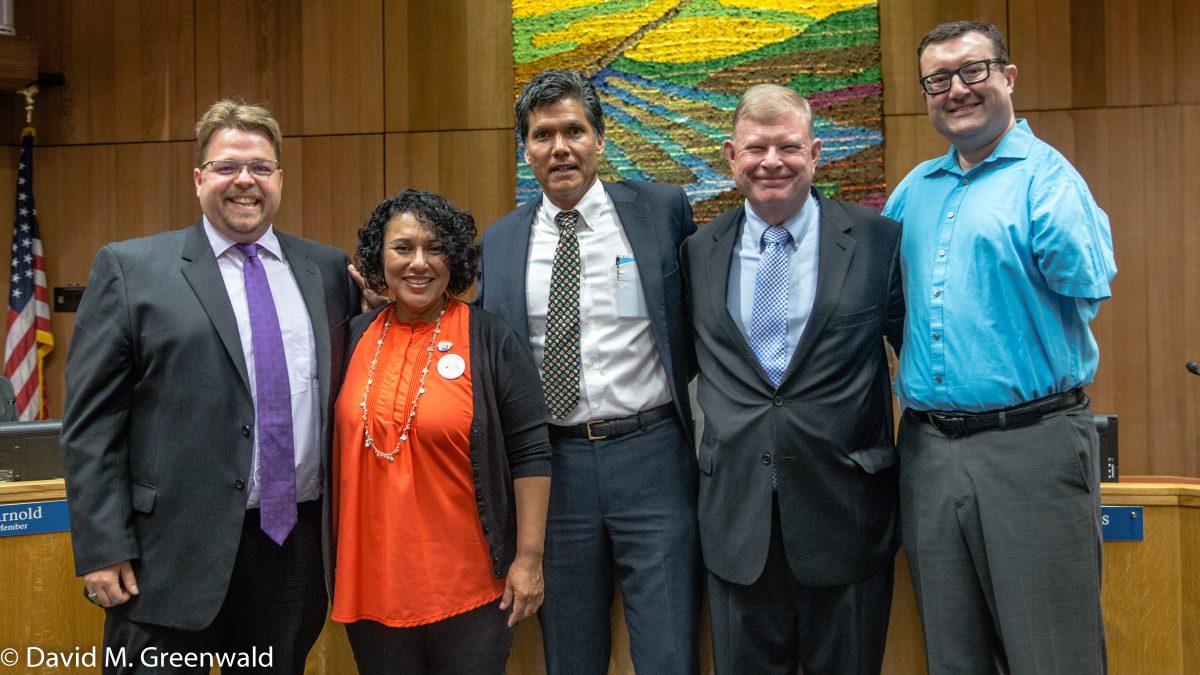 Last year Sebastian Oñate took over as the editor in chief from Debbie Davis – but I’ve never spoken with him or met with him.  I was surprised to learn that this was the case with several of the members of the current city council.

I was surprised that the Davis Enterprise wanted to do a story on what was supposed to be a little fundraiser.  But Tanya Perez, who it turns out is leaving the paper for the university, wrote an article that was fair and accurate on Sunday.

But that wasn’t enough – they had to do an editorial too.  Really?  I hate this term, but when you have two articles in the Sunday paper on little old me and my little fundraiser at Lamppost (May 19 from 5 to 7 pm), then maybe it really is a slow news day.

Sebastian Oñate writes: “It’s all pretty sordid, and on the face of it, looks like a crass case of selling access to donors.”

He concludes: “We hope they can come to the realization that amateur-hour stunts like this fundamentally do a great harm to local media, by confusing coverage with activism and creating the impression that politicians and journalists alike are in the business of exchanging favors for their own ends.”

I take solace in the fact that this all has helped the fundraiser.  I got many emails of support yesterday.  Even people I would never have expected to receive an email from.

From what I saw yesterday on various social media platforms and the paper itself, it got no traction and so I won’t have a lengthy response.

But I do want to take issue with the notion of pay to play, because I think this is an insult to all involved in this system.  It never occurred to me that anyone could construe this as pay to

play, or us selling access to the elected officials – mostly because, as I told the Enterprise on Friday when I spoke to Tanya Perez, they are already accessible to the public.

Lucas Frerichs – love him or hate him – is everywhere.  He goes to every public event.  Every time we have asked him to participate in a forum, he has said yes unless he is out of town.  Brett Lee has a demanding job, but always makes time to meet with constituents.

Dan Carson and Gloria Partida are now retired and very available.  And Will Arnold is a bit more tricky with small kids and a business, but he’s always been available as well.

As former Mayor Robb Davis told us: “When I was the mayor and even before that, I never once refused a request to meet with someone in our community. The point is, members of our community have almost complete open access to our elected officials. They don’t have to pay for it. The whole idea is just ludicrous.”

He added: “I would go a step further and say there were times when people wrote to me with very angry comments, and I would reach back to them offering to meet with them at my suggestion – not theirs.

I don’t want to take a cheap shot here, but maybe if Sebastian Oñate got out and met with the council and interacted with them like myself and many others, he would realize his comments were mistaken here and, in fact, insulting to the integrity of the members of the council.

In part, I think that’s why this argument has had no traction despite repeated efforts by the people who got up and spoke at council to make this an issue.

Thanks for reading.  I hope you can join us on May 19 at Lamppost Pizza from 5 to 7 pm.  If not, I will see you here on the Vanguard.