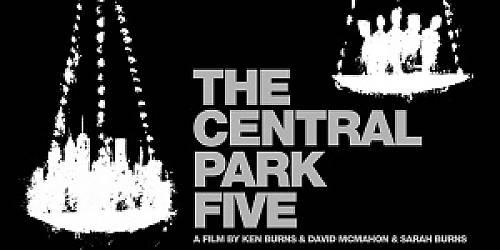 “I had stared at death before. I was way too familiar with the vagaries of murder.”

So begins “Deadfall,” a novel written by celebrity prosecutor Linda Fairstein. She continues: “I had seen it flex its muscles on the cracked pavement of New York City sidewalks and behind grimy stairwells in housing projects. I knew that doormen in the most expensive properties lining Central Park were often as powerless to stop it from entering the dwellings they guarded as the less fortunate who encountered it in random exchanges with strangers on the street.”

Fairstein’s main character, a tough, brassy prosecutor named Alexandra, explains her role in the system as she sees it: “I had comforted many of the shattered lives that murder left in its wake, and tried to do justice for them in a court of law for more than a dozen years.” Fairstein’s other novels include such titles as “Killer Look,” “Killer Heat,” and “The Kills.”

The prose isn’t the only problem here. Fairstein’s writing portrays crime as a dark, seedy invader that even the “doormen in the most expensive properties” cannot keep from harming their pristine, vulnerable inhabitants. It reads like a nightmare inspired by the 1988 Willy Horton attack ad. But Fairstein’s book came out in 2017.

And this isn’t even her most offensive prose. Fairstein has been doing another kind of writing lately.

Long considered a law enforcement hero, Fairstein was one of the first leaders of the Manhattan district attorney’s sex crimes unit, the first of its kind in the country, and later an inspiration for “Law & Order: Special Victims Unit.” She became a celebrity prosecutor, appearing on high-profile panels and boards. But since the premiere of “When They See Us,” Ava DuVernay’s Netflix series about the Central Park jogger case, which Fairstein helped prosecute, Fairstein “has become synonymous with something else: The story of how the justice system wrongly sent five Black and Latino teenagers to prison for a horrific rape,” write Elizabeth A. Harris and Julia Jacobs for the New York Times.

“There was no evidence linking them to crime and their confessions,” now believed to have been false and coerced, “were inconsistent,” write Harris and Jacobs, “but the teens, ages 14-16, were convicted in 1990” and served a combined 40 years in prison. In 2002, a year after Fairstein left the Manhattan district attorney’s office, an incarcerated man named Matias Reyes confessed to the crime, saying he had acted alone. DNA evidence corroborated his guilt. The convictions of the Central Park Five were vacated.

But Fairstein is not contrite. In a defiant Wall Street Journal op-ed published this week, Fairstein defends herself, showing sympathy for no one else: not the wrongly convicted, nor the women who were raped and killed by the actual rapist while her team went after five children. “At about 9 p.m. April 19, 1989, a large group of young men gathered on the corner of 110th Street and Fifth Avenue for the purpose of robbing and beating innocent people in Central Park,” Fairstein begins. Coverage of the case, she says, has consistently “missed the larger picture of that terrible night: a riot in the dark that resulted in the apprehension of more than 15 teenagers who set upon multiple victims.”

“DuVernay would have you believe the only evidence against the suspects was their allegedly forced confessions. That is not true,” Fairstein writes. She goes on to list paper-thin evidence such as “blood stains and dirt on clothing of some of the five.” Fairstein seems to believe the truth of the boys’ innocence is beside the point. Reyes’s confession, corroborated by DNA, she acknowledged, “required that the rape charges against the five be vacated. I agreed with that decision, and still do. But the other charges, for crimes against other victims, should not have been vacated.” Fairstein seems devoted to creating the kind of panic that launched and sustained her career as a purveyor of scary crime narratives in court, on the page, and on television. It is almost as if someone told her not to say “superpredators” so she instead described them.

Fairstein’s piece has not gone over well. Over the past week, public opinion has turned sharply against her, as online petitions and a hashtag, #CancelLindaFairstein, have called for a boycott of her books. She has resigned from several prominent boards, and has taken down her Twitter account. In 1993, Glamour named her one of its women of the year, but this week, its editor published a letter saying, “Unequivocally, Glamour would not bestow this honor on her today.”

Fairstein hasn’t changed; we have. She is a relic from a time when being young, nonwhite, and accused of an ugly crime was enough, in most circles, to lower the standard of proof. Most people now know that confessions can be coerced. We know how outrageous it is to claim that a conviction is justified because even if the accused didn’t commit this crime, they probably did something else wrong.

But culturally, we have not moved on. “Law & Order: SVU” was recently renewed for a 21st season, making it the longest-running live-action show in television history. People—on the left and right—regularly turn to prosecutors and prisons to solve society’s problems.

Even the rhetoric around the backlash—#CancelLindaFairstein—perpetuates the retributive, vengeful brand of “justice” that Fairstein has spent years hawking. It’s easy to attack a person, but cancelling Fairstein does nothing to combat the retributive culture that ruined the lives of the Central Park Five and destroyed low-income communities across the country. If we really want to cancel Fairstein, we will look toward restorative models, even when it comes to people we deeply dislike.

We can start with the actress who plays Fairstein in DuVernay’s series, Felicity Huffman, who was recently arrested in the college admissions scandal. She is accused of paying $15,000 to have her daughter’s SAT scores boosted. Many on the left take the college admissions scandal as emblematic of societal inequity, and have called for Huffman and others to be treated with the same severity with which Fairstein treated her defendants.

There are options other than the ones Fairstein can imagine. When Judge Rosemarie Aquilina sentenced former Olympic gymnastics doctor Larry Nassar was essentially sentenced to die in prison, she gloated. Cheers came from inside the courtroom and out. It doesn’t have to be that way. Soon after, Alex Press wrote for Vox: “While a carceral feminist like Judge Aquilina may not envision justice that doesn’t beget more violence, we can.”

One thought on “Linda Fairstein Is Canceled. Is ‘Law & Order’ Culture Next?”