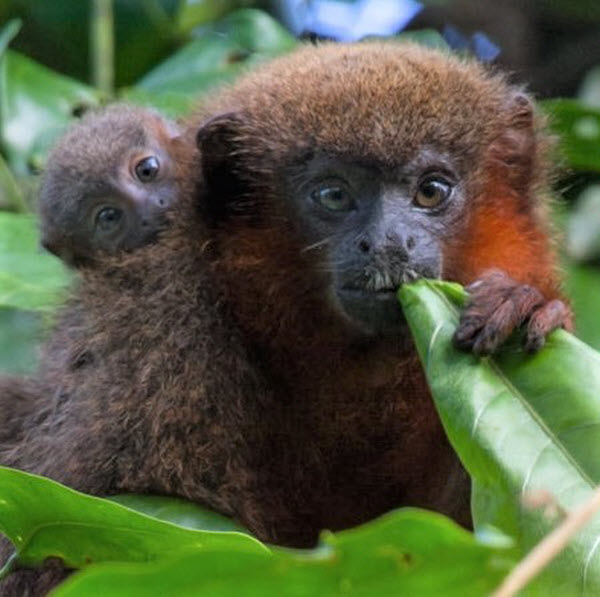 DAVIS – Measles – the focus of large and loud protests at the State Capitol this year as anti-vaccine activists protested stricter requirements for childhood vaccinations, calling them unsafe – appears to be the cause or one of the causes of the death or sickening of dozens of monkeys at University of California, Davis.

In fact, federal documents released today by a national watchdog show that a canine distemper/measles vaccine introduced to a Titi Monkey colony went very wrong in August of 2018.

SAEN, a national group that investigates wrongdoing at research facilities across the country, said UCD accepted responsibility for negligently sickening dozens of monkeys, and killing three of them when it gave the 64 subjects a canine distemper/measles vaccine. SAEN said UCD violated federal law.

SAEN said documents reported 54 of the monkeys became very ill with skin lesions, conjunctivitis and lameness within a couple of weeks – some of the symptoms of measles the vaccination was meant to prevent.

According to SAEN, the “Vanguard DM vaccine had been produced in a new cell line, making it apparently unsafe for the Titi monkeys, despite apparently safe for macaque monkeys.”

“Not only does this incident of induced deaths and illnesses again demonstrate UC Davis’ negligence, it is also a scientific indictment of animal experimentation as a whole,” said Michael A. Budkie, executive director of SAEN. “The description of the condition of these Titi monkeys indicates that they may have suffered from the very conditions which the vaccine was supposed to prevent,” he added.

“This Vanguard DM vaccine is apparently safe for dogs and macaque monkeys, but not for Titi monkeys. In other words, it is not possible to conclusively generalize from dogs to primates, or even from one species of primate to another. Therefore, it must be impossible to generalize from animals to humans,” said Budkie.

Efficacy of animal experimentation aside, is there any link between the deadly vaccine and human health?

SAEN refused to jump to that conclusion when asked but did say “The elephant in the room which these documents ignore is what about transmission to humans? This was a measles vaccine. Were people put at risk?”

“The Washington National Primate Research Center (WaNPRC) collaborated with the California NPRC to conduct a critical study on the safety of infant vaccines, including measles, in the nonhuman primate (monkey) model. Recently completed, this comprehensive five-year, case-control study closely examined the effects of pediatric vaccines on learning, cognition and social behavior in infants from birth to 12 months of age and found that there was no evidence of adverse development or aberrant behavior in the animals studied, regardless of vaccination status.”

In a complaint letter (https://saenonline.org/media-UC-Davis-USDA-Complaint-7-9-19.html) to the U.S. Dept of Agriculture, SAEN noted that “This incident was a clear violation of (federal law). The fact that this vaccine had been used in macaque monkeys is irrelevant. These are two very dissimilar species of primates.”

SAEN said the death toll of research subjects because of UCD negligence is mounting, citing seven infant primate death during 2018, following tattooing; the death of a rabbit in which UCD recently paid a $5,000 fine and a total of six more citations since July of 2016.

“It is long past time for the University of California, Davis, to be severely penalized by the USDA. Otherwise, your office should give up the pretense of enforcing the Animal Welfare Act…if UC Davis is not severely punished for this many deaths and illnesses, then (the federal Animal Welfare Act) is meaningless,” wrote Budkie in the SAEN complaint.

SAEN is urging the USDA fine UCD $500,000, and institute a full investigation, adding that “It is eminently clear that the University of California, Davis believes that it is above the law, and routinely flaunts the authority of the USDA. It is time for your office to take meaningful action against this lawbreaking lab to show the administration that any further animal deaths will simply not be tolerated.”