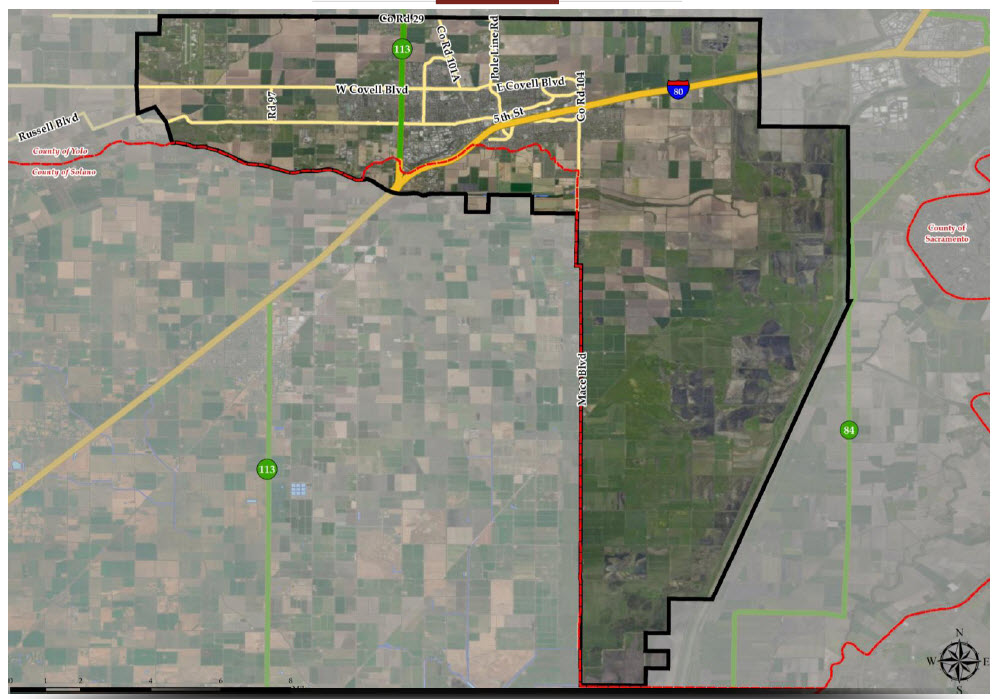 Because the school district proactively decided to address the issue of district elections, it has enabled them to dictate the pace a bit more than the city, which has responded to a letter by Matt Rexroad.

At the May 16 meeting, the board directed the superintendent to “initiate the process of changing the method of electing members of the Board, from the current at-large system whereby each member of the Board is elected by the registered voters of the entire District…  to a method which provides that Board members residing in each trustee area will be elected by the registered voters of that particular trustee area.”

Under the Education Code, the district is “encouraged” to “conduct outreach to the public, including to non-English-speaking communities, to explain the redistricting process and to encourage public participation. As such, the District has made notices regarding the process available in Spanish. To encourage public participation, the District has reached out to the public via social media and added a link to its website regarding the transition process.”

The first community input meetings will be October 7 and 8. 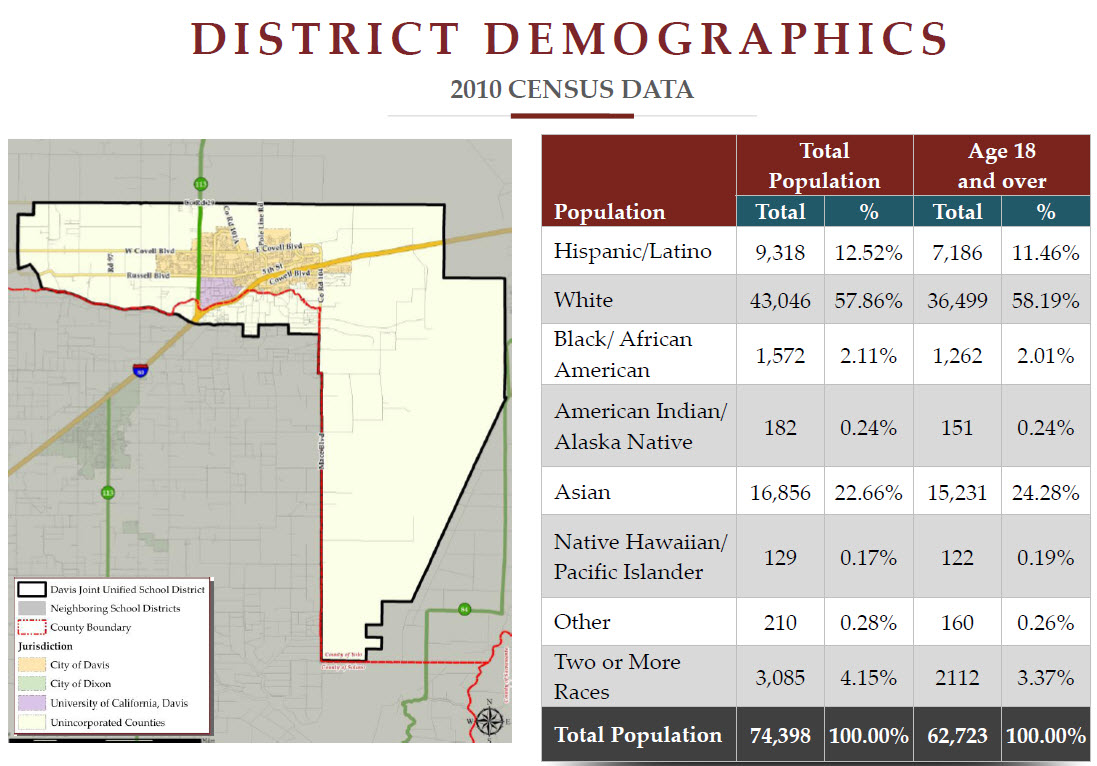 The 2010 Census data reflects the fact that the school district – perhaps due to the inclusion of UC Davis and Royal Oak – is a bit more diverse than the city as a whole, with a total population that is 57.9 percent white, while the over 18 population is 58.2 percent white.  Asians represent nearly a quarter of all voters, and Hispanics represent about 11.5 percent of those over 18 and 12.5 percent over all. 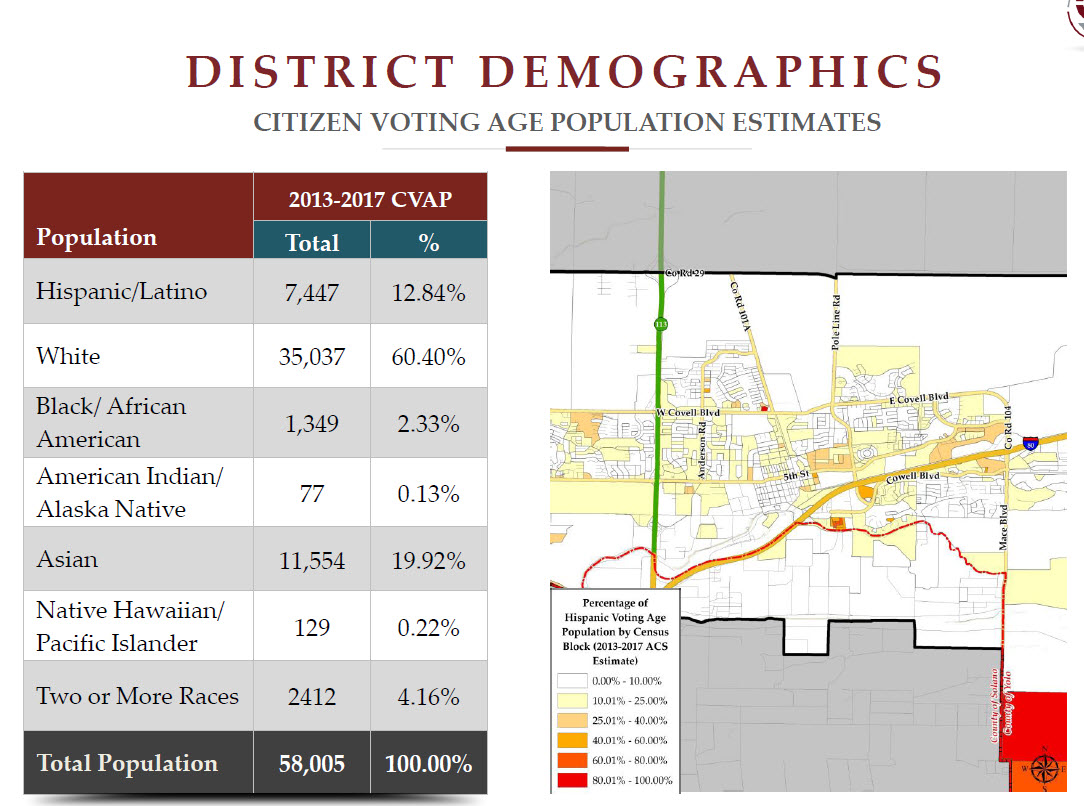 When they consider Citizen Voting Age Population (CVAP), that number again shrinks.  The Asian population drops just below 20 percent, but the Hispanic population is about 12.8 percent.

On the map, you can see there are a few spots with high concentrations of Hispanics who are citizens of voting age. 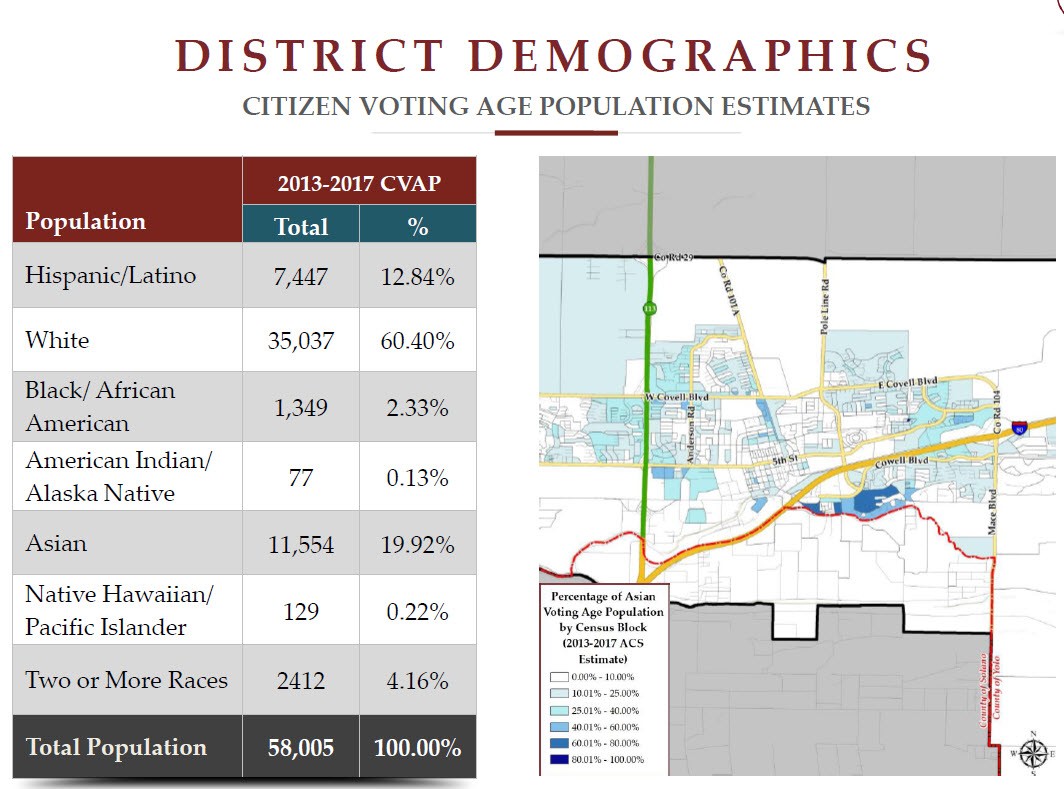 You can also see there are clusters of areas, particularly in South Davis with very high concentrations of Asian citizens of voting age.

Like the city, the school district has the following considerations: