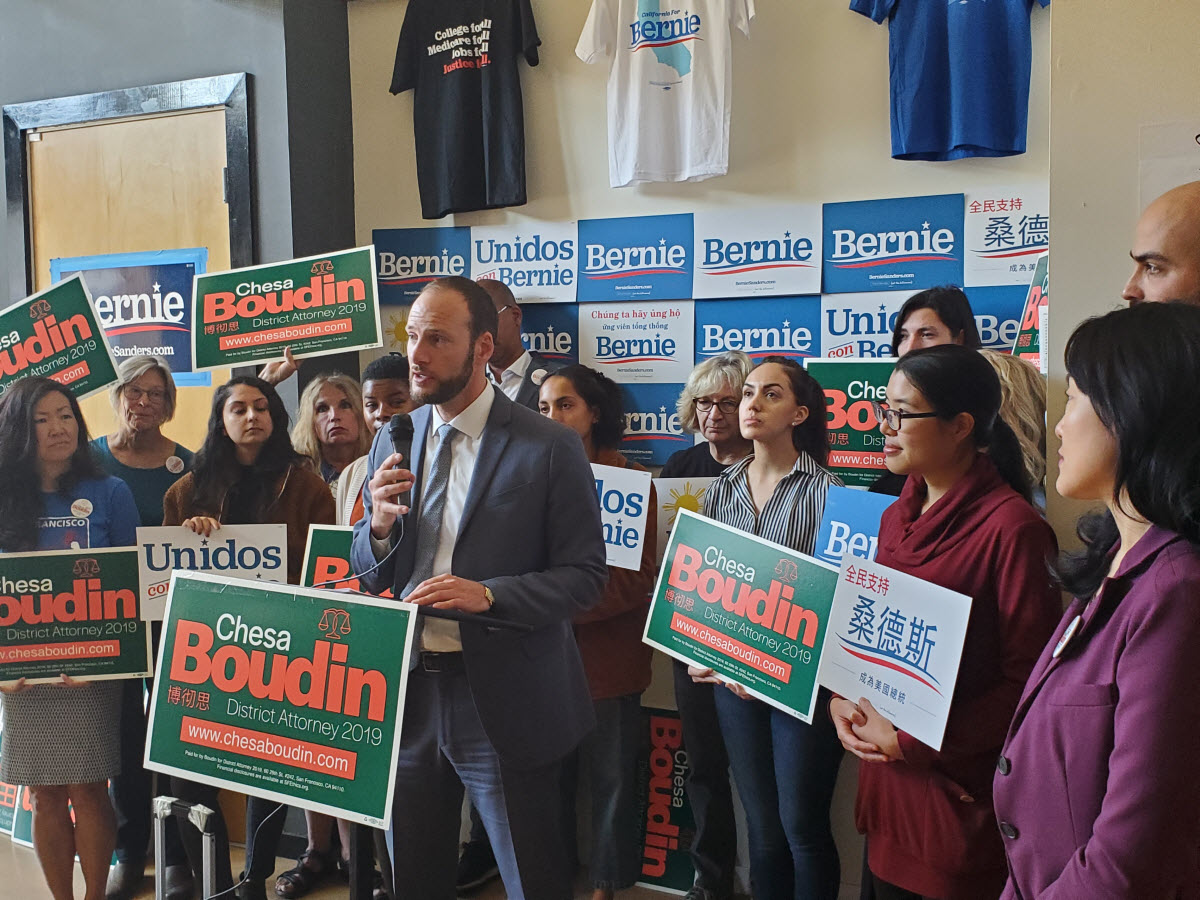 Sanders’ platform for criminal justice reform challenges the prison-industrial-complex and addresses the fact that the U.S. incarcerates more people than any other country in the world.

“Instead of spending $80 billion a year on jails and incarceration, we are going to invest in jobs and education for our young people,” said Sanders. “No more profiteering from locking people up. No more keeping people in jail because they’re too poor to afford cash bail.”

Chesa Boudin has led bail reform efforts in San Francisco and beyond. He was instrumental in filing the Buffin class action lawsuit on behalf of arrestees imprisoned in county jail because they were unable to pay the price set by the fixed “bail schedule.” Boudin’s platform calls for major reforms to the justice system, and is closely aligned with Sanders’ national priorities.

“I’m proud to endorse Chesa Boudin to be the next District Attorney of San Francisco,” said Senator Sanders. “In America today we have a broken criminal justice system that criminalizes poverty,

perpetuates institutionalized racism, and continues a failed war on drugs that has devastated communities of color. Chesa knows that under our constitution, everyone is guaranteed equal justice under the law, not just the very rich and powerful.”

More than half of all adults in the United States have an immediate family member who is either currently or formerly incarcerated, and the numbers are far higher for people of color. San Francisco is not immune to the problems of mass incarceration — the city incarcerates African Americans at a higher rate than any other major city in the country and has a long way to go in providing equal justice to all. Chesa Boudin’s vision for the San Francisco District Attorney’s office will bring those reforms to the forefront.

“I’m so honored to receive an endorsement from Senator Bernie Sanders,” said Boudin. “He, like me, believes in a vision for a transformative criminal justice system, one that prevents crime and supports victims while reducing racist disparities. He, like me, knows that money bail is both discriminatory and undermines public safety.

“I’m committed to giving every victim of crime a voice by implementing the country’s most ambitious restorative justice program. Our justice system needs fundamental reforms and our city deserves a District Attorney who is beholden to the people of San Francisco, not the political elite.”