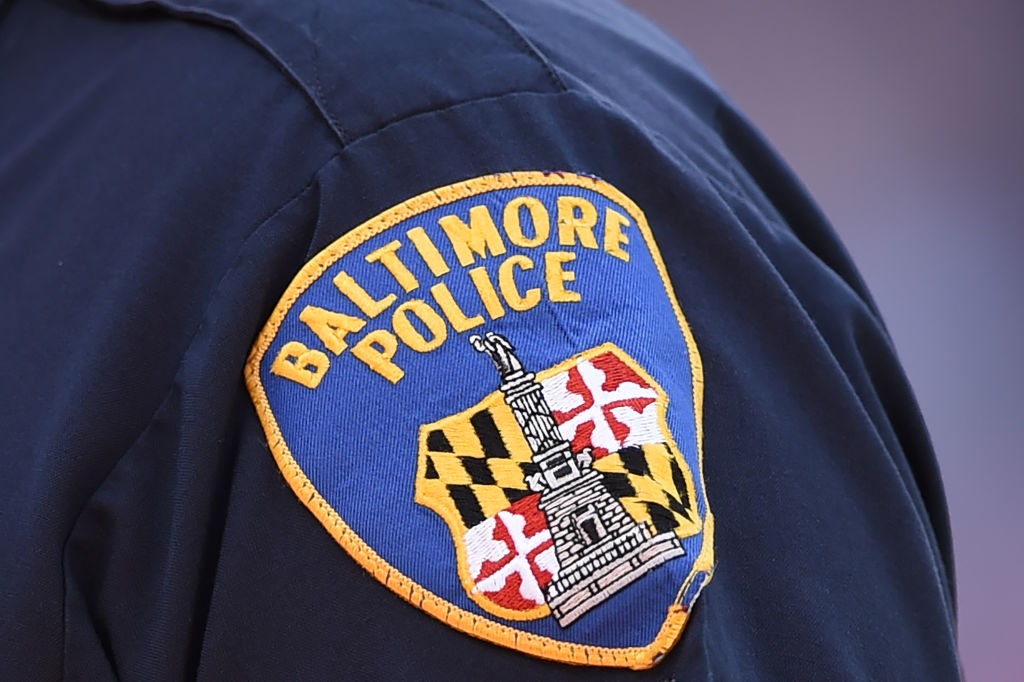 Jawan Richards was shot by Baltimore police and hit with gun and assault charges stemming from the incident. His defense attorneys now say video evidence may exonerate their client.

When Baltimore police officers shot Jawan Richards through the windshield of his car in 2016, he had no idea the incident was recorded by the city’s then-secret surveillance plane — and that what it captured could contradict officers’ reports.

Richards and his lawyer Ivan Bates wouldn’t learn the truth about the shooting for nearly four years. On February 7, Richards’ attorneys Ivan Bates and Oana Brooks filed a motion to vacate his plea to assault and gun possession charges stemming from the incident based on new information about the surveillance plane, integrity issues involving the cops who shot him, and footage recorded by the “eye in the sky.”

“The circumstances of that day,” the motion says, “simply do not add up.”

Police claim that on Jan. 27, 2016, Detectives Robert Hankard, Tarik Toro-Munford, Ryan Hill, and Carmine Vignola stopped Jawan Richards for not wearing his seatbelt. Then, “according to police,” the motion says, “Mr. Richards attempted to flee the scene, rapidly reversing his vehicle into the unmarked police vehicle located at the rear of his vehicle, causing Detectives Hankard and Vignola to open fire towards the vehicle, striking him once in the neck.”

On Sept. 8, 2016, Richards pleaded guilty to assault in the second degree — for allegedly striking the officers’ cars and Hankard with his vehicle — and illegal possession of a firearm officers

claimed they found in his car following the shooting.

Four days after Richards’ plea, the Carroll County State’s Attorney’s Office —tasked with investigating the Richards shooting and arrest due to a conflict of interest at the Baltimore City State’s Attorney’s Office—received images of the shooting from the Baltimore Police Department captured by the surveillance plane, Persistent Surveillance Systems. The plane flew over the city throughout 2016 in secret to assist in investigating violent crime. The images were provided to Baltimore Police on Aug. 24, 2016 by Ross McNutt, who developed the plane. On Oct. 17, 2016, Carroll County prosecutors provided images captured by the surveillance plane to Bates and also told him, the motion says, that the images “were consistent with prior BPD reporting and investigation into the January 27, 2016 incident.”

Bates didn’t have much to go on beyond claims from prosecutors about the surveillance plane because at the time little was known about how it operated. An August 2016 Bloomberg Businessweek investigation exposed the “spy plane” that was funded in part by Texas-based philanthropists and criminal legal reform advocates Laura and John Arnold. But Bates said that in 2016 it was not clear to him — and many other people working in Baltimore’s criminal legal system — what the plane’s surveillance capabilities were. Bates assumed that just a few images of the Richards incident were generated by the plane.

“We never knew anything about the spy plane program,” Bates told The Appeal. “We never had a briefing to have a full understanding of how it worked.”

The motion contains a section titled, “GTTF Tactics and Pattern of Behavior,” referring to the Gun Trace Task Force (GTTF) scandal, which began in 2017 when seven plainclothes Baltimore police detectives were federally indicted on Racketeer Influenced and Corrupt Organizations Act (RICO) charges for their role in misconduct including dealing drugs, robbing citizens, lying in police reports, and overtime theft. Since the arrest of the seven GTTF members, five more officers have been indicted, including Hankard and Vignola, the officers who shot Richards. In September, Vignola was charged for his role in helping GTTF leader Wayne Jenkins plant a BB gun on a man Jenkins ran over in 2014 and lying about it to a grand jury. In January, Hankard was charged for his involvement in the BB gun planting and another incident in 2015 where officers planted drugs on a man and Hankard allegedly lied on the search warrant.

Hankard and Vignola’s “movements and actions on [the day of the Richards shooting] were largely reminiscent of GTTF behavior,” the motion says.

In the aftermath of the GTTF scandal, McNutt attempted to rebrand his surveillance plane as an effective tool for exposing police misconduct. Last year, I obtained police documents related to the Richards shooting, including the evidence packet prepared by Persistent Surveillance Systems for the police that contained images from the plane. “Observed vehicle behavior matches BPD story of vehicle backing into officers but not into officers [sic] vehicle. Officers [sic] vehicle was in front of suspect car,” the evidence packet says. McNutt has also claimed the Carroll County prosecutors and Baltimore Police were not interested in footage captured by the plane. “I was amazed how disinterested they were in an officer-involved shooting,” McNutt told me in an interview for a Baltimore Beat story about the plane. Bates said that when he read the Baltimore Beat piece, he realized that McNutt had footage of the Richards shooting and not just images.

“We had been told that based on discovery that the officers’ rendition of the facts was corroborated pretty much by Mr. McNutt,” Bates said. “Now I realized it wasn’t corroborated by the plane.”

The Bates motion includes a signed affidavit from McNutt that references information revealed by the surveillance plane footage Bates finally viewed last month. The affidavit says that “observed vehicle behavior appeared not to match BPD reporting” about Richards’ behavior during the stop. “The circumstances that transpired and resulted in Mr. Richards’ shooting lasted mere seconds and occurred almost simultaneously to the unmarked police vehicles blocking Mr. Richards in the parking spot.”

“There are just mere seconds between when the police pulled up and jumped out and when they shot my client,” Bates said. “Based on the way the police report was written, they made it seem like it was so much longer. Those were the types of things we were able to look at only because of the footage.”

The affidavit says that “the [Carroll County] Assistant State’s Attorney’s … expressed concern that the existence of this material would jeopardize the guilty plea,” and that Baltimore police never followed up on the Richards shooting even after McNutt told them what his plane captured. Police didn’t investigate further, according to the affidavit, stemming in part from concerns about keeping the plane a secret during its test flight in 2016: “BPD declined to accept our report indicating trepidation about the technology and concern that the existence of our program had not yet been disclosed to the public.”

While Bates was working on the motion last month, the Baltimore City State’s Attorney’s office, who had taken the Richards case back from the Carroll County prosecutors, filed a motion to vacate his conviction due to “improper conduct on the part of arresting officers that severely undermine [sic] the concept of fundamental fairness.”

This is the type of motion filed by prosecutors in GTTF-related cases following an October announcement by Baltimore City State’s Attorney Marilyn Mosby that the office intended to vacate 790 convictions considered “tainted” by GTTF-related officers. Maryland Judiciary Case Search shows that on January 21, the day Mosby’s office filed Richards’ motion to vacate, they filed at least six other motions to vacate in additional cases involving Hankard or Vignola.

“The State’s Attorney’s Office should have filed a more in-depth motion to really talk about what happened to this young man so that he can be made whole in a lawsuit because he has been shot by these officers,” Bates said.

When reached by The Appeal, a spokesperson for the Baltimore City State’s Attorney’s office wrote in an email that she did not have a copy of the Bates motion and therefore could not comment on it.

According to Bates’ motion, “the state has omitted pertinent facts,” that are “are all well known to the State and their willingness to overlook them is evidence of a concerted effort to minimize the illegal conduct of these corrupt officers.” Since the GTTF scandal began, defense attorneys including Bates — who is a former prosecutor and in 2018, unsuccessfully ran for State’s Attorney against Mosby — have accused Baltimore prosecutors of downplaying police corruption, failing to disclose information about officers with possible integrity issues, not fulfilling its promise to drop clients’ charges, and trying to preserve convictions.

“The information was there all along,” Bates said. “We filed our own motion to vacate because we wanted to make sure we let the world know what really happened to Jawan Richards.”

In December, the Baltimore Police Department announced it would start a pilot program of the surveillance plane beginning in May. Baltimore Police Commissioner Michael Harrison said that the plane would only investigate “the most serious offenses,” such as homicides, nonfatal shootings, and armed robberies.

“One of the things that is very interesting to me is that the police department does not wish to use this type of information or surveillance to look at their officers in cases involving police,” Bates said. “I think they definitely need to look at this type of material and footage if you have an officer-involved shooting.”

Article originally appeared in the Appeal.
To sign up for our new newsletter – Everyday Injustice – https://tinyurl.com/yyultcf9