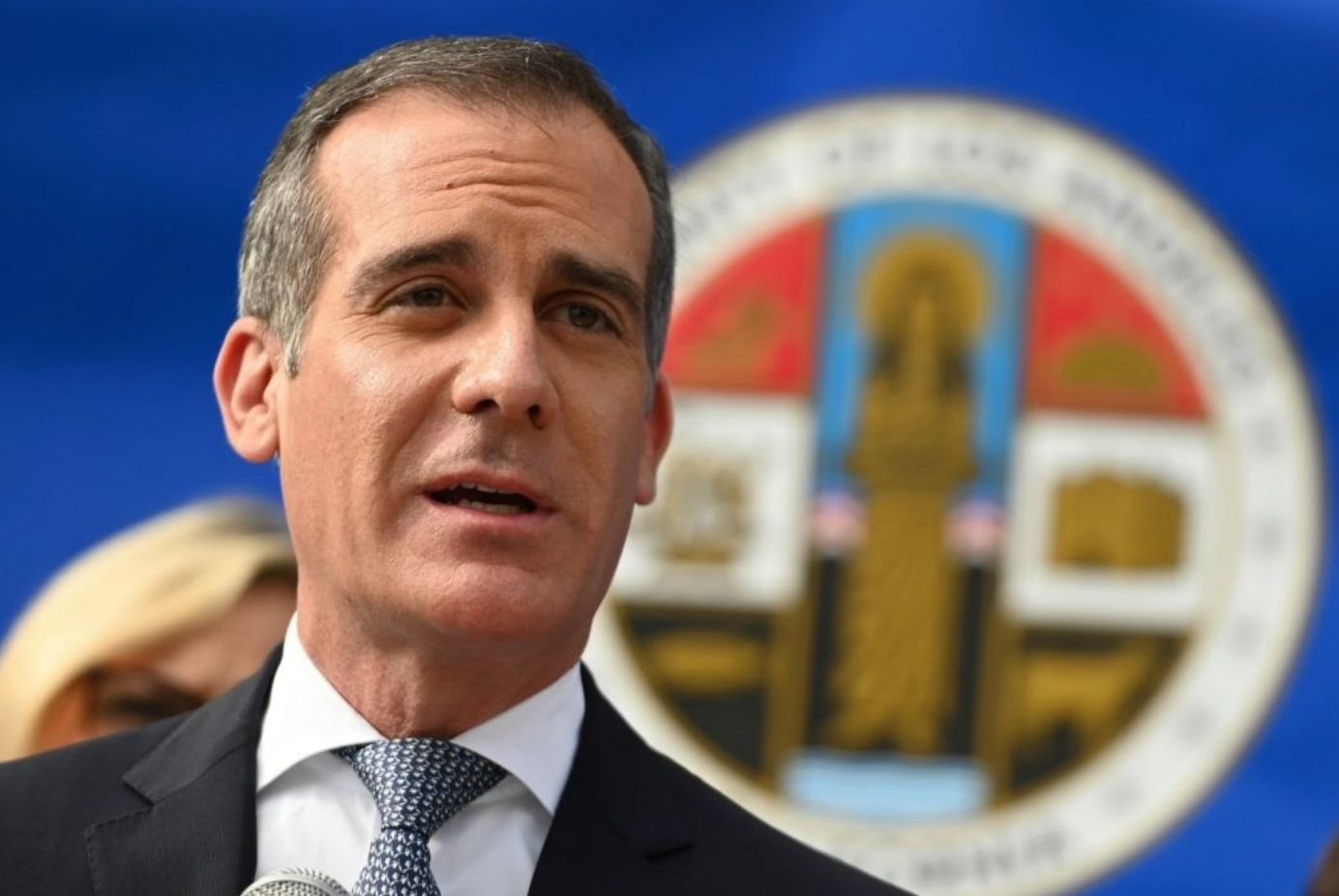 LOS ANGELES — In May of 2020, following the murder of George Floyd, Los Angeles Mayor Eric Garcetti acted to cut $250 million from the city department and use it towards black, indigenous, and people of color (BIPOC) communities. This came after the civil unrest of citizens as they voiced their concerns about the growing police brutality issues during the national Black Lives Matter protests that shook the world.

However, in the past and present time, the mayor has faced pushback as many activists and citizens have criticized him for using federal funds to fulfill his goals; others argue that the funds should have instead been invested into social services, such as economic development and rent relief programs.

After making the promise, Garcetti cut $150 million from the Los Angeles Police Department budget, giving a small portion of the money to fund job programs. But instead of cutting another $100 million from the police department like many citizens intended for with the screams of defunding the police, the rest of the money was actually obtained by striking out the remainder of the federal funds that had originally been provided to the city to respond to the COVID-19 pandemic.

Initially granted under the Coronavirus Aid, Relief, and Economic Security Act, these funds were distributed throughout the city to pay for programs that aid the homeless pandemic in Los Angeles as the Black community suffers from homelessness the most. However, despite wanting to help both communities, Garcetti’s words fall short with his history of criminalizing homelessness.

Back in 2018, Garcetti endorsed the sit-lie ordinance, which says that “no person shall sit, lie or sleep in or upon any street, sidewalk or other public way.” Since the city met certain obligations required after the 2007 Jones v. City of Los Angeles lawsuit, Garcetti called for the arrests of homeless individuals to continue. During this time, he said to the Los Angeles Times that the law is “a tool that we have before us, that we can and will use.”

Now, as Garcetti attempts to infuse funds to help tackle the homeless pandemic and, in his words, the Black community, he doesn’t make much of an impact in addressing structural racism and homelessness because even though homelessness impacts the Black community at higher rates, spending money on homelessness will not address the larger issue that surrounds being Black in America.

Criminalization of the homeless has always taken precedence over housing and community investments. In 2016, there was a 31% increase from 2011 in the number of arrests made against homeless people and more than half of the arrestees were Black or Latinx, and it doesn’t help his case as he criminalized the Black Lives Matter (BLM) protests after saying he pledged to help the Black community.

Back in December when it was up in the air as to whether Garcetti would serve under Biden’s Administration, Melina Abdullah, co-founder of Black Lives Matter LA, said, “We don’t want [a Housing and Urban Development Secretary] who sees police as a viable response to homelessness.”

And even with the LAPD budget cut in 2020, which was significantly less than what activists had demanded, the police department still has a significant amount of more funding than the Housing and Community Investments had for the year—approximately $2.9 billion more.

It is difficult to see how Garcetti wants to help homelessness and the Black community when most of the funds to actually help these two communities are distributed to a department that has historically and socially been known to disproportionately discriminate against them. And yes, Garcetti did do a lot to help unhoused Angelenos find shelter. There is much greatness in that; however, it is difficult to see how the city has exactly made an investment to address the anti-Black racism that Garcetti had mentioned in his pledge as most of the funds used only went to the homeless.

At the end of the day, not all Black people are homeless, so how do these investments provide for them? Where is the money for the specific community he pledged for?

The answer is, we don’t really know. It’s hard to find the answer as Garcetti has a lack of transparency to the Black community, and according to the Chief Administrative Office and Chief Legislative Office, the funds have yet to be distributed and it surely does not appear to be making its way into the community any time soon.

Activists are hoping to push for their spending priorities in April, once more, as the mayor unveils his budget for the new fiscal year. It is their hope that Garcetti will keep his promise and will begin to be more transparent to the Los Angeles residents as many have already decided where they want their taxpayer dollars to go.