These are screen shots for a quick look at the new redistricting maps. I have marked with “red” where Davis is. Davis is in the same district as Woodland, West Sacramento and Winters in all maps except the congressional map, where West Sac is in CD 7 grouped with Cities of Sacramento & Elk Grove.

Links For a deeper dive:

Maps below have district line on base map that shows county lines, city borders as well as reservoirs, lake and bay shown.  Davis marked with Red. 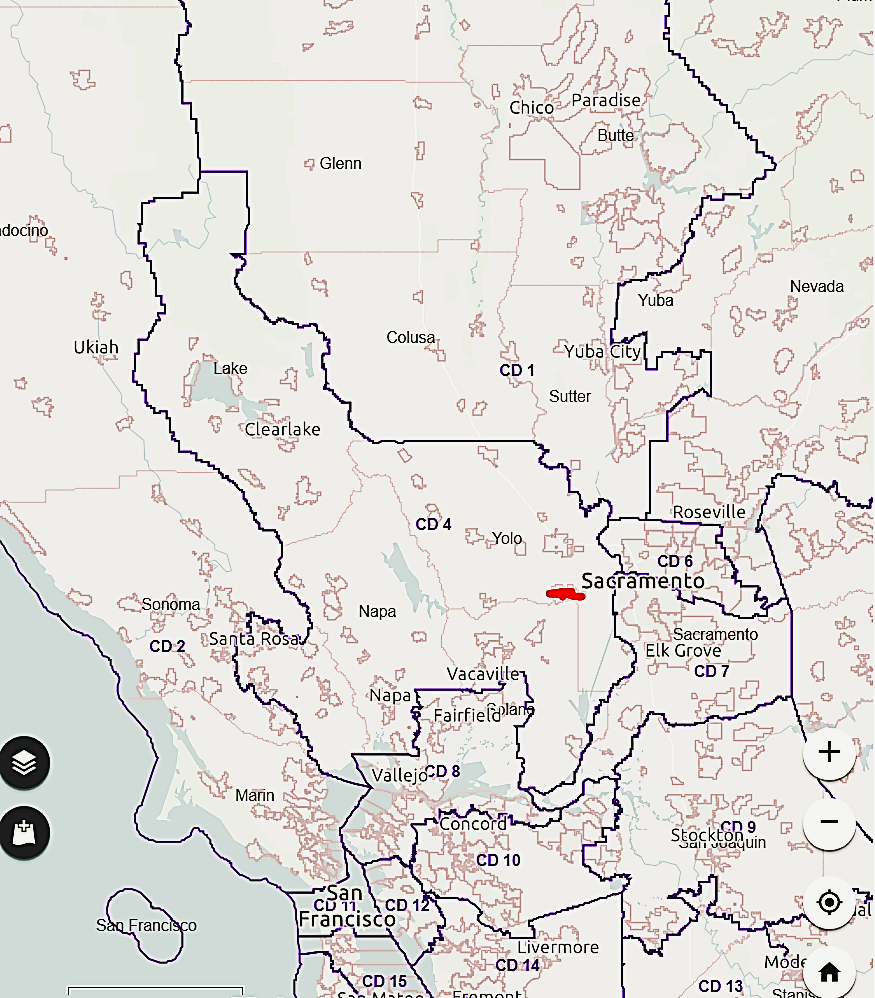 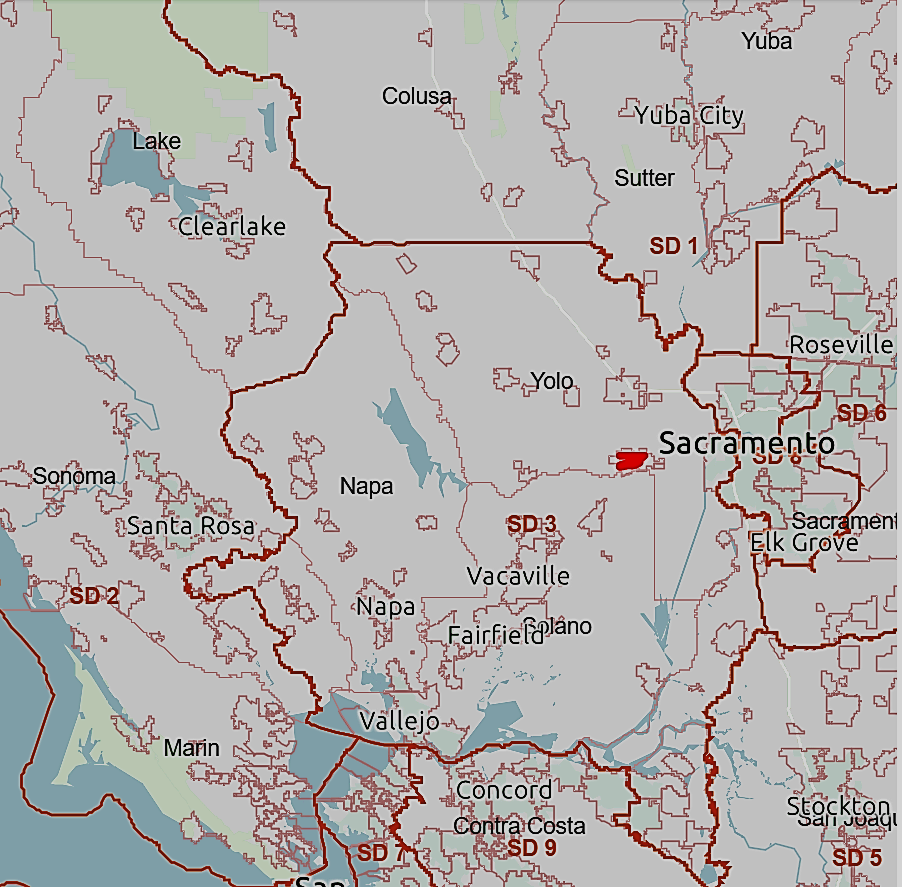 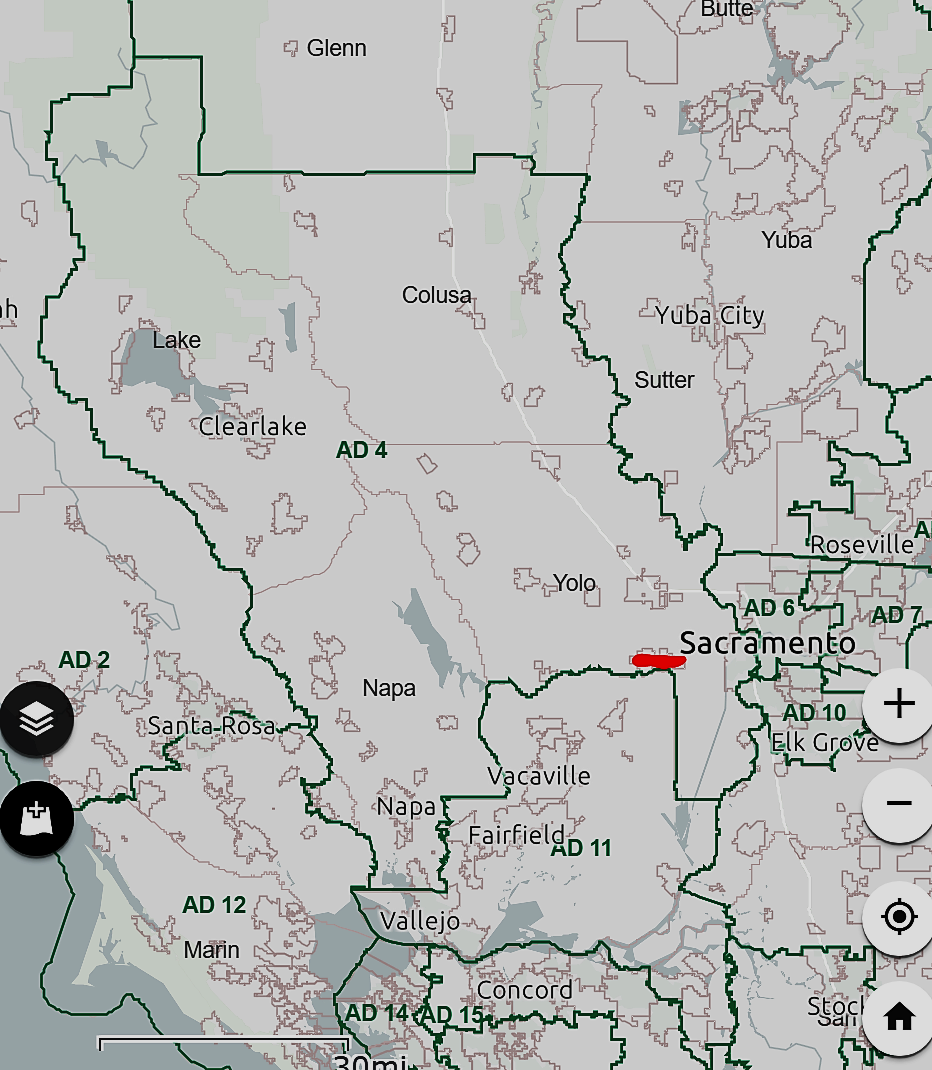