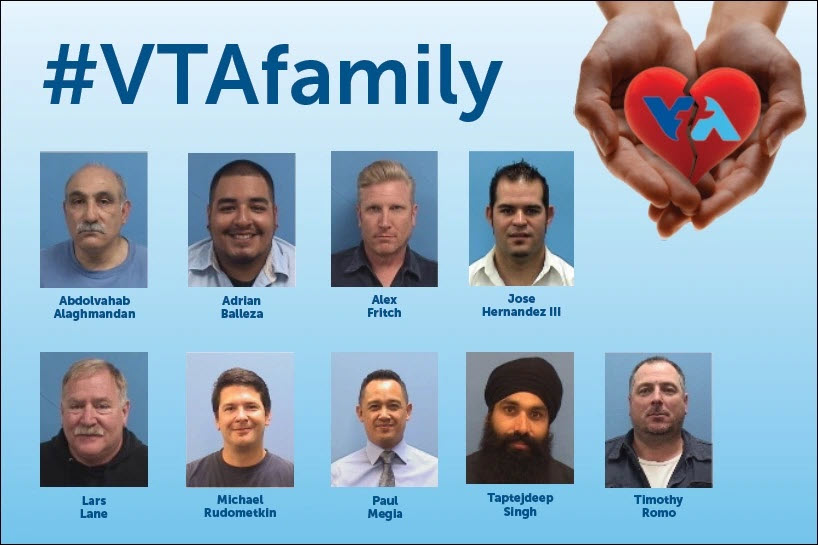 SAN JOSE, CA – On what is the first anniversary of the deadliest mass shootings in the SF Bay Area in about three decades, the family of one those murdered filed a lawsuit this week against the Santa Clara Valley Transportation Authority (VTA), the County Sheriff, and Universal Protection Service.

The pleading noted that on May 26, 2021, 63-year-old Lane was killed in a mass shooting attributed to another VTA employee, Samuel James Cassidy at VTA’s Guadalupe Division facility, a rail yard in the Civic Center neighborhood of San Jose.

“Negligent, lazy and fake security is more dangerous than no security at all because it provides a false sense of safety,” said Nick Rowley, co-founder of Trial Lawyers for Justice. “The tragedy that occurred one year ago today is a consequence of lazy, negligent and fake security,” he added.

The lawyers noted VTA had entered into a $50 million contract with the Santa Clara County Sheriff’s Office and Universal Protection Service to provide security and protect employees at the rail yard.

But the Plaintiffs charged “the County Sheriff and Universal Protection Service failed to carry out proper security screening, proper surveillance, proper risk mitigating measures, and they did not comply with security standards and practices including but not limited to the use of weapons detector systems that they were obligated to maintain.”

A statement announcing the lawsuit alleged, “In spite of a pattern of insubordination, four separate altercations with co-workers, and fears among staff that if anyone were to ‘go postal,” it would be Cassidy–VTA failed to investigate, discipline, or terminate a man who went on to murder nine people before killing himself.”

“By failing to act, VTA gave a man with known and dangerous propensities access to 379 employees at the yard. Nine of them are dead as a result,” said Eva Silva, attorney for the Lane family.

“One year ago our community was rocked by one of the largest mass shootings in Bay Area history,” said Dan Schaar, attorney for the family of Lane. “Nine men were taken from their families. These men were husbands, they were fathers, they were brothers and they were sons.”

Schaar argued the “shooter was able to walk right past a Universal Protection Service guard with a duffel bag filled with at least three semi-automatic handguns and 32 high-capacity magazines with enough ammunition to kill every single person at the VTA yard that morning.”

“We’re filing this lawsuit to uncover the truth and achieve justice for Kep. Why did this happen, how did this happen, and what systemic changes are necessary to make sure something like this never happens again?” Schaar added.

“From VTA to the Sheriff to the security company, too many people failed to do their jobs, and my family has been left to pick up the pieces,” said Vicki Lane, widow of Kep Lane. “We are heartbroken, but we remain hopeful that this lawsuit will force these organizations to make changes that will prevent other families from suffering like we have.”