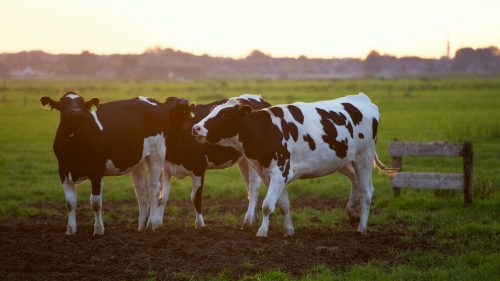 Holy cow! In January, a student-run organization, Cow4Mascot, led by Mick Hashimoto, began to vie for a change in the University of California, Davis’ mascot. And the Cow4Mascot’s goals finally came to fruition the week of May 11, 2022, during the student government elections. Although the change of mascot brings an end to an era, I think the cow is more appropriate to represent our community. I am all for it.

For over 100 years, Gunrock has been the mascot of UC Davis. Although the horse mascot is blue, he was modeled after the real Gunrock, born in 1914 — a thoroughbred “racehorse, the offspring of English Triple Crown winner Rock Sand and race mare Gunfire, which gave him bloodlines similar to the legendary racehorse Man O’ War.” Gunrock was brought to UC Davis in the 1920s to participate in a breeding program for the U.S. Army cavalry and was forever cemented in the university’s history.

However, current UC Davis students did not believe that the mustang was the best representation of the Davis spirit. Many other universities already had mustangs as mascots, and a cow would be unique to Davis. UC Davis — also known as “cow town” — is best recognized for its world-class bovines. When people come from abroad, they often want to pet and see the cows on campus. The “cow” as a mascot simply made the most sense.

The Aggies voted and reached a verdict. The new Davis mascot would be a cow with 70% of the student body voting in favor of the change. It was also decided that if the mascot was changed, the “Aggie” name would still remain as a way to refer to the students. People are beginning to pitch names for the new bovine representative “including Bossy the Cow, Agnes, and Hugh Heffer.”

There are still more steps to officially change the mustang mascot. First, the vote needs to be processed through the Cal Aggie Alumni Association, and they must also contribute to the decision. Secondly, the university administration has to also agree with the vote. Previously in 1993, there was a vote to change the mascot to a cow, but the notion was rejected when the decision made it to the administration level.

Many people seem very excited about the new possible cow mascot. Bovines have always been famed on campus and the dairy cows near the Tercero dormitories are very much loved. Despite always having cow plushies, my roommate noticed that after the results of the mascot election, many people started to buy more toys at the Davis store in showing their school spirit and support for the mascot shift.

It’s still a bittersweet end to an era; Gunrock has been a part of the university’s past for a long time. But this alteration is not simply about rewriting history— it’s about developing a better representation of the Aggies on campus today. The new change will bring about less confusion for those that assume the cow has always been the Davis mascot. The change might not happen for a while, but like many other students, I am excited about the new mascot.

Share:
Previous : Chesa Boudin Recalled, Progressive Prosecutors Go Down Nearly Across the Board
Next : Judge Agrees to Release Man without Bail after He Agrees Not to Use Computers, Cell Phones, Game Consoles