Every Monday from here until the election, the Vanguard will ask all five of the council candidates one question which they have precisely 250 words with which to respond.

Question 4: How would you address racial disparities in police stops?

We must strive to create an environment in our city where everyone feels safe and welcome. Accordingly, I remain fully committed to the implementation of all of the recommendations relating to reform of our system of policing that I voted for and were adopted by the City Council in April 6, 2021.

It is important to follow through on the review and analysis of the racial disparity traffic stop data that has been collected for the City of Davis.  Obviously, what we learn from that analysis will shape what we do in response to the data, but one outcome is

obvious. The ongoing collection of such data can be used as a tool to measure and track the behavior of individual officers deployed on our streets to see if their actions fit department norms and practices. That could mean additional direction to the police force as a whole as well as more individualized performance reviews and training and direction being provided to individual members of our police force.

Another highly important component of the police reform package approved by the council involves the implementation of a 988 hotline for mental health crisis calls that is intended to shift persons from the custody of police agencies to care by our health and social services system. I have asked city staff to update council on the status of our local 988 system and whether we have done enough to educate the public about the availability of this new alternative.

We’ve started on the path to remedy such racial disparities. I’m proud to have helped launch Davis’s groundbreaking public safety reform process in 2020-21. The Temporary Joint Subcommittee on which I served urged City Council to take nine powerful steps to re-imagine public safety. The first of these recommendations is a “detailed study of the determinants of racially disproportionate stops, arrests, and recommended charges in Davis, including an analysis of the relative contributions of potential bias in policing, potential bias in community reporting, and socio-economic factors” (TSJ 2020). Such an analysis, which should be completed as soon as possible, will inform our long-term strategy to reduce racial disparities in police stops.

However, there are some steps we can take immediately:

– Rigorously evaluate the Davis Police Department’s crisis intervention, implicit bias, and procedural justice trainings and use the lessons learned to tailor the content of these trainings for maximum impact.

– Re-evaluate the criteria for initiating searches during stops.

– Consider requiring written consent for searches during stops, which led to reduced racial disparities in at least one other jurisdiction.

These reforms will be impactful only if City Council centers people of color within a community conversation about the various forms of racial disparities that exist in Davis.

This problem is pervasive and costs people their lives. I believe that performance based standards and budgeting, moving non-sworn staff jobs out of the police department, and shifting funding from fighting to preventing crime are three important steps in creating more equitable public safety.

To implement performance based standards and budgeting, we must collect quality data. The fact of the matter is, we don’t know who is being stopped by police. Los Angeles performed an audit using .2% data from 2019 and found misreporting for 18% on those interactions. Who knows how many interactions are missing entirely. Using auditing processes, we can identify how well police are reporting their interactions and create incentives for proper reporting. We can then determine where this issue is prevalent and create policy and incentives for change.

We have a new department of Housing and Social Services. Traffic and code enforcement and dispatch which do not require a sworn officer should be moved to this new department.

We should put our money where our mouth is and shift funding from fighting crime to preventing crime. The most commonly reported crimes in Davis are bike and catalytic converter theft. Secure parking, bike registration, and subsidizing catalytic converter cages are a few ways to help prevent these.

It is most important that we create continued conversation about this, so we can collect and implement the community’s ideas on the best ways to move forward. I don’t have all the answers, the community does.

There are many reasons disparities in police stops exist many are not tied to racial profiling in the sense we are use to understanding it. When most of us think of racial profiling and the disparities in police stops that come from this we think of police officers with racial biases, conscious or unconscious deeming people of color suspect and pulling them over at higher rates. Often however police pull over vehicles without knowing the racial make up of the person in the vehicle. What they do know is that the vehicle is out of registration, has safety features that are out of order, and is perhaps out very late at night. All of these situations are tied to people of color in higher proportions. They are also connected to people of lower socio economic status which again are often people of color, who can’t afford to fix a tail light, register their vehicles and often work the night shift. So the racial profiling is not direct but rather by proxy. This nuanced distinction is important in order to tease out if in fact there is a component of racial prejudice in our police department, which will lead to remedies and to find ways to mitigate the negative effects of criminalizing poverty which has the dual effect of making people of color feel targeted.

I try to have an open dialogue with our police department and have heard the challenges they face in trying to get ahead of real crime while at the same time not burdening people who are having challenges with upkeep of their vehicles which they must use for work and getting children to doctors appointments and school. Often when stopping vehicles for fixes our officers either inform people of a problem or give a fix it ticket. If there were an issue with racial profiling this is where it would manifest. One statistic that would be helpful is if we knew if more people of color were being ticketed rather then given a warning. When criminal information is found in these stops it would help to know if this was from a search due to the person being on some sort of probation where they are subject to searches or if it emerged from an officer feeling they needed to search this person. Likewise it would help to know if an officer had stops of people of color that were outliers with the rest of the department. Many of these considerations all already in play and our department is working on making them more transparent in work with our police accountability commission and via it’s own self assessment. An idea it think is worth exploring which I have asked the police department about is raising funds for vouchers to fixes for broken lights. This would give officers opportunities to help people come into compliance and use our local auto businesses to support this effort. If our local service clubs participated in raising the funds it could be a community wide effort. It would also hopefully change the perception of harassment to one of assistance. Finally I think the use of our new department of housing and social services will be instrumental in providing data driven solutions to this problem. 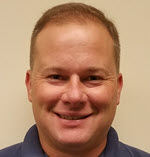 You really have to look at the data. Generalizing a blanket statewide racial bias vs looking at local data.  No one wants to be stopped because of bias, no matter who you are. You want stops to be because of criminal activity, not judgement or bias.