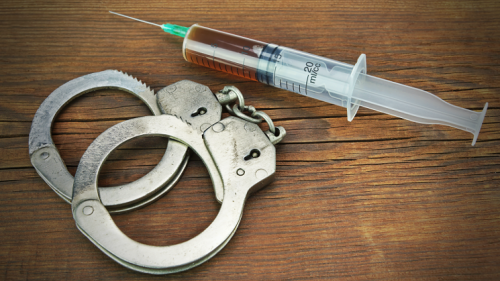 By Daniella Dueñas and Caleigh Carlisle

WASHINGTON, DC – Since Rep. Cori Bush (MO-01) assumed office in Congress, she has led the battle against the continued use of capital punishment and urged lawmakers to restore the broken clemency system, including the installation of the Fair and Independent Experts in Clemency (FIX Clemency) Act and the Federal Death Penalty Prohibition Act.

Now she and Rep. Emmanuel Cleaver (MO-05), are urging Mike Parson, Governor of Missouri, to grant clemency to death row inmate Kevin “KJ” Johnson, who was 19 years old when he was sentenced to death for shooting and killing a police officer.

The Supreme Court has ruled it unconstitutional to give the death penalty to people aged 18 and younger because of a lack of emotional maturity.

However, as Rep. Bush points out, research has shown that individuals aged 18 to 21 have the same levels of emotional maturity as younger teenagers, begging the question of whether Johnson’s conviction was fair.

Bush said the jury sentenced Johnson without regard to his history of mental illness. At the time of the crime, Johnson had just witnessed his brother’s death. He testified that while shooting at the police he “could hear the commotion and shouts but he mentally blacked out.”

According to Bush and Cleaver, Johnson has a history of psychiatric hospitalization, a major depressive disorder, and auditory hallucinations. He dealt with physical and sexual abuse for the majority of his childhood.

And, they said, his long-term exposure to neglect and abuse led a forensic psychiatrist to remark that he “is among the most extreme cases… in [my] 40 years of practice and 30 plus years of performing psychiatric evaluations in connection with capital litigation.”

Rep. Bush and Rep. Cleaver also argue Johnson’s conviction is unjust because of the role that racism and impropriety played in the trial process.

Examples include racist comments made in trial deliberations and how the prosecuting attorney of the case had previously convicted four other people for the same crime as Johnson, but only pushed for the death penalty to those who were Black.

According to Bush and Cleaver, during Johnson’s second trial, “the prosecuting attorney removed a Black juror for characteristics shared by white potential jurors who were not removed.”

Although former Missouri Chief Justice Richard B. Teitelman found that removing the Black juror should have overturned Johnson’s conviction; the youth was still sentenced to death.

In their letter, Bush and Cleaver emphasized how unjust it is to deduce Kevin Johnson’s character to a crime he committed years ago, noting during his time in prison, he has “held multiple leadership roles” and expressed his desire to “motivate other inmates to turn their lives around.”

Outside of prison, Johnson has a daughter named Khorry Ramey and a grandson who he was introduced to in a prison visit named Kaius. Ramey is 19 years old, the same age Johnson was when he was convicted of murder.

Missouri law bars her from being at her father’s execution, prevented from attending because she is considered to be “underage.” Johnson’s daughter made an appeal to the court, citing this as an injustice, because the state of Missouri does not see 19 years old as “underage” when it comes to a death penalty sentence.

Currently, Johnson has an application pending with the Conviction and Incident Review Unit in St. Louis County concerning the racial discrimination that influenced his conviction. The Unit concluded that further investigation may be warranted and also requested to postpone the execution date.

The Missouri Supreme Court ignored the request and scheduled the execution for Nov. 29, this Tuesday.

However, recent findings from a special prosecutor prompted the Missouri Supreme Court to hold oral arguments on whether Johnson’s execution date should be postponed. The arguments will take place on Nov. 28, less than 36 hours before the execution.

“We must dedicate ourselves to the actual fundamental principles of liberty and justice that animate our laws and our governance. We can collectively save the lives of people all across America. You have it in your power to save a life by granting clemency. We urge you to use it,” Bush and Cleaver concluded in their letter to the court.

Daniella Dueñas is a recent graduate from the University of California, Davis. She double-majored in Political Science and Sociology, with an emphasis on law and society. Her interest is primarily in immigration law, however, she is also interested in criminal law and justice. Daniella plans to attend law school in the future, but is working towards getting a certificate from an ABA-approved paralegal program.