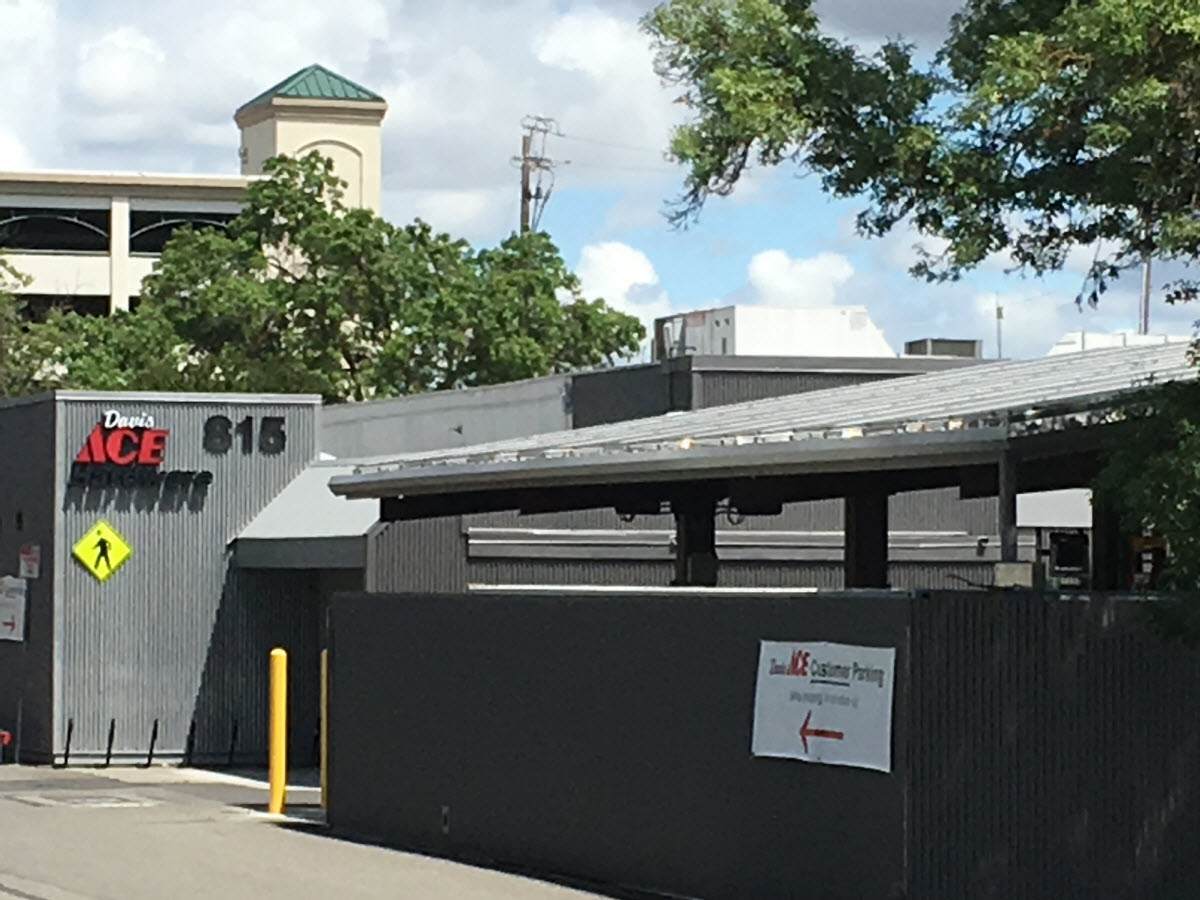 (From Press Release) – The City of Davis announced today that it is now requiring solar photovoltaics on all new non-residential buildings and any proposed high-rise, multi-family dwellings. The ordinance to amend city code also includes electric vehicle charging for new development.

The Davis City Council passed a new code amendment ordinance at its April 9 meeting. The new “Green Reach Code” builds upon an ordinance passed in 2014 requiring solar for all new single-family residential construction in the City limits.

Required solar photovoltaic systems must be sized to offset approximately 80% of electricity used on site or 15 DC watts per square foot of “solar zone,” meaning roof area amenable to a solar installation. Chief Building Officer Greg Mahoney reported that approval would “provide clarity and certainty of green building expectations for architects, developers, builders, staff and the community.” He added the new ordinance would “save time for construction applicants, staff and the Natural Resources Commission.”

“The City of Davis was one of the first cities to require photovoltaic systems on all new single- family residential construction,” said Mayor Brett Lee. “We continue our leadership role in sustainability by now requiring photovoltaic systems on all new commercial and multi-family construction. These requirements will have long term benefits for our residents and our environment.”

Lee added, “Importantly, these requirements have been developed to be straightforward and clear so that they are manageable for designers and builders.”

The new rules are in alignment with the City Council goal of pursuing environmental sustainability and the Davis Climate Action and Adaptation Plan goal of carbon neutrality by 2040, a date moved forward 10 years by the Climate Emergency Resolution passed recently by Council.

“This new ordinance is an important step by our city to translate our recent city resolution that makes a commitment to addressing climate change into real, positive action,” said Councilmember Dan Carson. “The Natural Resources Committee, Cool Davis and the Davis Chamber of Commerce all embraced this proposal. It will reduce greenhouse gas emissions from new commercial and high-rise buildings by adopting energy-efficient standards while simplifying the steps that builders must take to comply with requirements.”

City staff conferred with the Davis Chamber of Commerce and the Natural Resources Commission on the new code proposal and utilized a cost-effectiveness study to determine some of the parameters of the ordinance. The new City of Davis code complies with California state energy code and reflects voluntary CALGreen Tier 1 measures.

Davis is already a leader in solar photovoltaic adoption in terms of capacity per capita. As of January 1, 2018, Davis had reached 735 watts per capita among a population of 68,704, more than the leader Honolulu as documented in the 2019 Shining Cities report. The Davis total was 50,535 kilowatts reported from PG&E interconnection data through November 2018. Smaller communities are included in the Shining Cities survey if they are state capitals.

This is the latest initiative taken by the City to keep Davis in a leadership position as a resilient, adaptive, and economically vibrant City. The joint Cool Davis and City of Davis Double Up on Solar campaign reports that our community has so far met about 80% of its 2020 goal of 4,500 total residential solar systems with 21 megawatts capacity.

Davis joins a handful of cities across the United States, including San Francisco, Santa Monica, Sebastopol and Watertown, Mass., that have passed ordinances requiring solar photovoltaics for commercial construction. The State of California is currently preparing for a residential solar mandate scheduled to go into effect January 1, 2020, and is looking into requiring solar on commercial new construction by 2030.