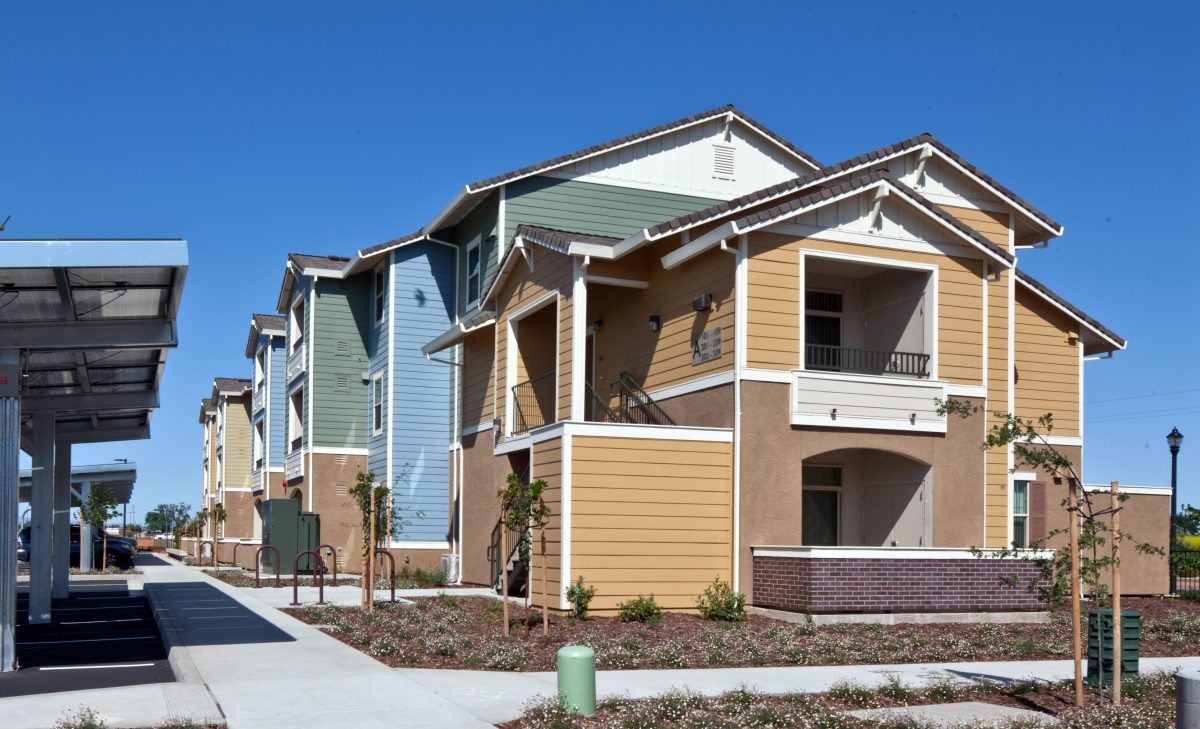 Mutual Housing accepted the USGBC Pacific Region Leadership Award for Decarbonization on Thursday at the council’s “GreenerBuilder” conference at the San Francisco Marriot Marquis. The award “recognizes green building projects that demonstrate outstanding leadership in decarbonization promotion as an intentional focus for their design, construction, and operation,” according to the USGBC.

Based in San Francisco, the USGBC created the Leadership in Energy and Environmental Design rating system in 1993. Over the past 26 years, the LEED designation has stood as the worldwide standard in determining whether a building’s construction, design and operation attain the highest levels of environmental responsibility.

“We are extremely humbled to be honored by the organization that set the bar when it comes to ‘green’ building,” said Mutual Housing California CEO Roberto Jimenez. “It is especially rewarding given that one of our goals in building Mutual Housing at Spring Lake in Woodland was to bridge the ‘green divide,’ to bring the benefits of the green economy to the hard-working people who harvest our food for minimum pay but who also historically have been shut out of the California residential housing market. It is our honor to provide safe, decent, and affordable housing that promotes equity to this group of workers whose labor is essential to the success of the agricultural economy in Yolo County and the surrounding region.”

With the opening of its first phase in 2015, Mutual Housing at Spring Lake gained national and international plaudits when it was certified as the first affordable Zero Net Energy designed multifamily rental housing community in the nation. The U.S. Department of Energy recognized Mutual Housing with its 2015 Housing Innovation Award for energy efficiency in the category of multifamily homes.

The ZNE designation means that over the course of a year, the solar-laden building systems at Spring Lake are designed to produce as much energy as the residents are expected consume. The second phase of Mutual Housing at Spring Lake, opened in June, featured a Positive Net Energy design that it is capable of producing even more energy than its residents would use.

Share:
Previous : My View: The City Has Several Options to Release Picnic Day 5 Records
Next : The Recent Ploy to Break Encryption Is An Old Idea Proven Wrong