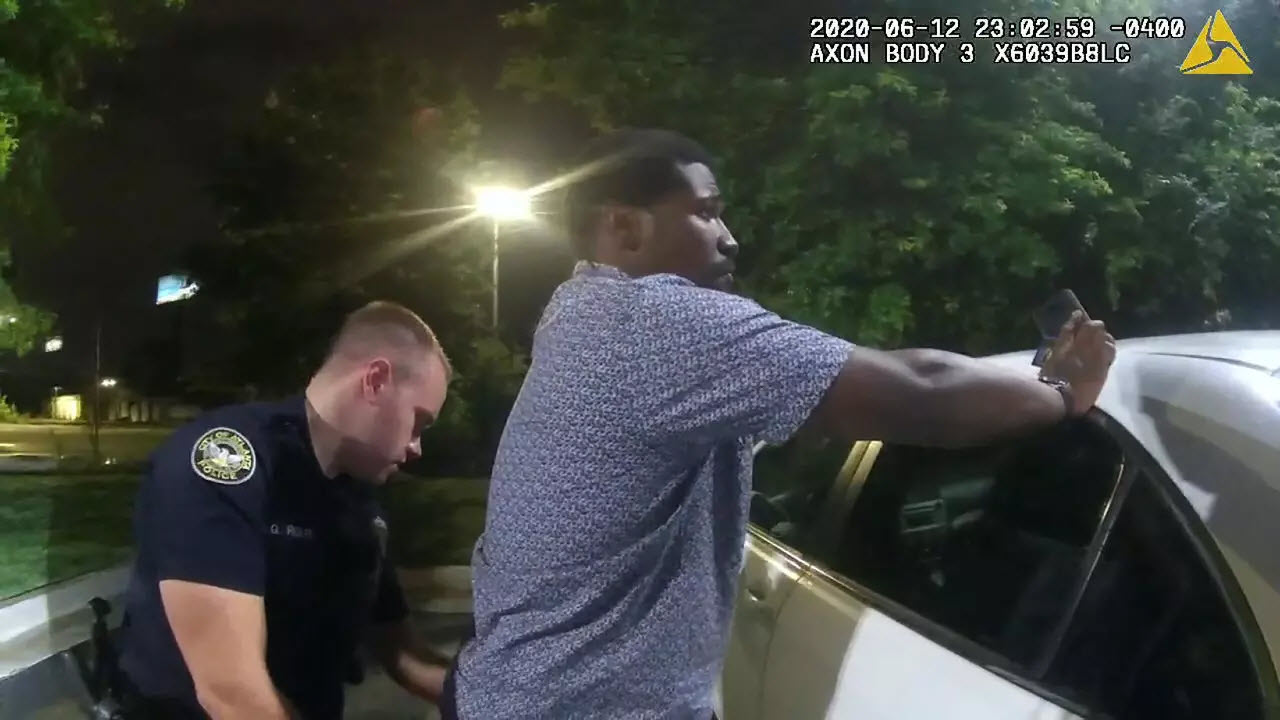 At a press conference held in an Atlanta courthouse, Fulton County District Attorney Paul Howard announced the charges against Rolfe and the other involved officer, Devin Brosnan.

The death of Rayshard Brooks comes in the wake of a long series of Black men dying at the hands of police officers. As protests against law enforcement and calls for defunding police departments sweep across the nation, Atlanta’s response to Brook’s death may serve as a model for holding police officers accountable for their actions while on duty, social justice experts said.

Rolfe and Brosnan initially questioned Brooks, who had fallen asleep in his parked car, at 10:30 p.m. on June 12.

Officers performed a body search and badgered Brooks about possessing weapons, but neither officer informed Brooks that he was under arrest, a breach of Atlanta’s police code. After speaking with him for 41 minutes and 17 seconds, Rolfe grabbed Brooks from the rear to physically restrain him.

According to DA Howard, Brooks never presented himself as a threat, noting, “He was calm, he was cordial, he displayed cooperative nature.”

Brooks, who eventually fled the officers with a Taser, was shot twice in the back, the second shot penetrating his heart. A third shot hit a nearby car with three passengers. Body cam footage revealed that Rolfe’s final words before pulling the trigger were, “I got him!”

For the 2 minutes and 12 seconds following the shooting, as Brooks lay bleeding on the ground, neither Officer Rolfe nor Officer Brosnan requested medical assistance for Brooks, violating Atlanta’s policy that officers must seek timely medical care for victims of police shootings, said the DA.

Instead, footage shows Rolfe kicking Brook’s limp body and Brosnan standing on Brooks’ back. Howard, speaking to the press, clarified that neither of these actions

taken as Brooks was “fighting for his life” was sanctioned Atlanta police “control techniques.”

In the course of their investigation, the District Attorney’s office spoke to 10 witnesses, reviewed videos from body cams, dash cams, and bystander’s cellphones, as well as preliminary autopsy and ballistics reports.

After consulting a Taser expert, the DA’s office determined that the Taser that was in Brooks’ possession when he was killed had already been fired twice when Brook’s fled, meaning it could not have been used against the officers.

In determining charges, the DA’s office relied on the 1985 Supreme Court decision in Tennessee v. Gonner, which Howard described as outlining that “when an officer is pursuing a fleeing subject, the officer may not use deadly force to prevent escape unless the officer has probable cause to believe that the suspect poses an immediate threat to death or serious immediate injury to the officer.”

Howard’s team concluded from the evidence review that Brooks did not pose a threat to the officers at the time of his death.

“Based on the ways that the officers conducted themselves immediately after the shooting, (their conduct) did not reflect any fear or danger of Mr. Brooks, but their actions reflected other kinds of emotions,” said the DA.

Officer Rolfe has been charged with 11 crimes, the most severe of which, felony murder, could carry a life sentence or the death penalty.

Officer Brosnan has been charged with three crimes, including aggravated assault for standing on Brook’s back. For failing to get Brooks timely medical attention, both also face violations of their oaths in office.

In what Howard called a “remarkable” move, Officer Brosnan, who has admitted to stepping on Brook’s back, announced that he would testify against his partner as a witness for the state.

The DA’s office will request that Rolfe be held without bail for the severity of his actions and will ask the court to grant Brosnan a $50,000 bail for his cooperation with the state.

After hearing the description of Brooks’ killing for the first time at the press conference on Wednesday, Tomika Miller, the wife of Rayshard Brooks, who initially planned to speak, was too distressed to address the press. Instead, her attorney, Chris Stuart, commended the “courageousness of Officer Brosnan to step forward and say that something wrong happened.”

Sean Williams, who represents the men in the car by the third shot, also spoke to the press. “Reasonableness never has a deadly weapon being fired when you have innocent bystanders like my clients… The only threat that arose is when the officer pulled out a gun.”

Of the previous eight cases, seven involved Black men and the remaining one involved a Black woman.

Even though arrest warrants have been filed against the two officers, the process leading up to a verdict is long. Because of Georgia’s policy, both cases must be presented to a grand jury for indictment before trial. Howard estimates that with the current grand jury queue, this might not happen until January or February of 2021.

Howard, who is running for reelection as the Fulton County District Attorney, has already received criticism that the severity of his prosecution is being done with political motivations. But many, especially in the immediate wake of George Floyd’s death, view Atlanta’s handling of Rayshard Brook’s killing as a herald of a new era of police accountability.