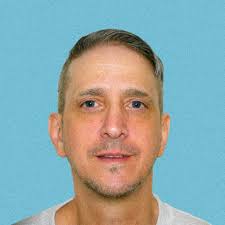 Glossip has reportedly “previously been served his last meal three separate times, and in one instance was moments away from being put to death before his execution was again put off, this time due to the State procuring the wrong drug for the lethal injection.”

“We are extremely grateful for Governor Stitt’s thoughtful and compassionate decision to grant a 60-day reprieve for Rich’s execution date, and to do so sufficiently in advance of the August 23 clemency hearing to spare everyone the trauma that such a hearing entails. This will also spare Mr. Glossip from beginning the cruel execution protocol for a fourth time,” said Don Knight, Richard Glossip’s attorney:

He added, “We note that new evidence of innocence continues to be uncovered on an almost daily basis, including compelling evidence of admitted killer Justin Sneed’s desire to recant his testimony accusing Mr. Glossip of orchestrating the murder of Barry Van Treese. The defense team will continue to focus our efforts on bringing this evidence to the OCCA to obtain the new hearing Rich clearly deserves.”

“On behalf of the 62 Oklahoma legislators who signed a request for an evidentiary hearing into new evidence in this case, I am thankful for Governor Stitt’s wise decision to grant Richard Glossip a 60-day reprieve so the OCCA has time to complete its work,” said Oklahoma State Representative Kevin McDugle (R-Broken Arrow), the leader of the Ad Hoc Legislative Committee.

“With each new day it seems that Reed Smith, which continues its pro bono work on behalf of the people of the State of Oklahoma, uncovers and delivers to my committee new evidence of Mr. Glossip’s innocence that builds on the incredible work the firm has already done,” added McDugle.

The lawmaker noted that “Justin Sneed, the real murderer, actually wanted to recant his testimony against Mr. Glossip all along but was stopped from doing so by his lawyer. It is now undeniable that Mr.  Glossip is an innocent man.”

“Oklahomans—including both those who support and oppose the death penalty—will not tolerate him being executed without being given the chance to call witnesses in court, and to confront the lies of Justin Sneed that have robbed Mr. Glossip of the last 25 years. Now more than ever, I urge the OCCA to quickly grant the evidentiary hearing that his attorneys have requested. This is the only way to begin to right this terrible wrong,” McDugle said.