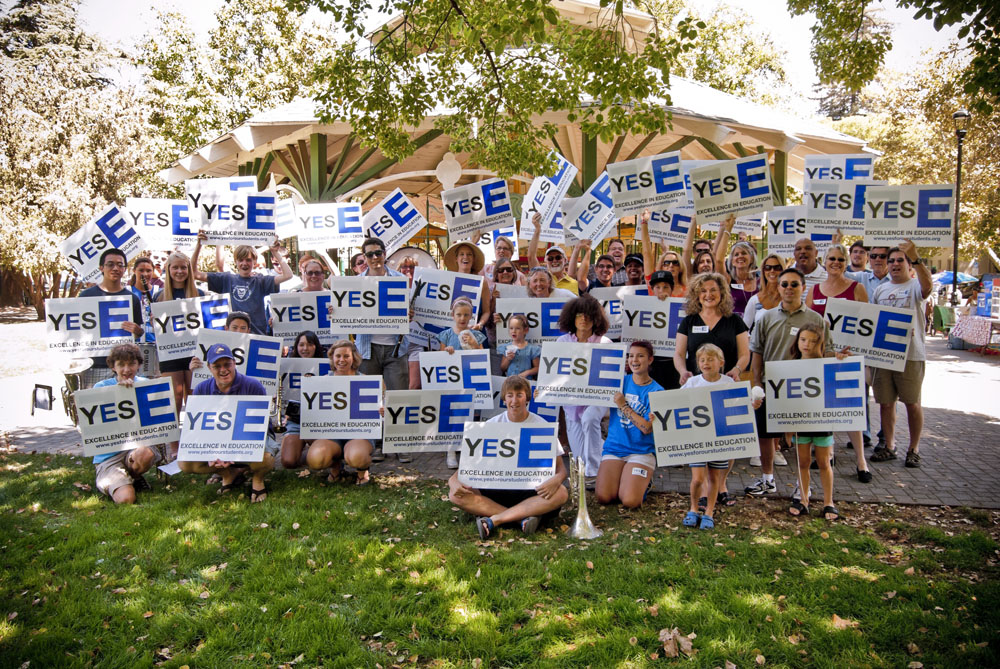 Analysis – When the district put Measure A on the ballot in early 2011, they thought this was going to be a short-term, one-time emergency fix.  And while there were clearly differences of opinion as to the size and the length of Measure A, there was a general belief that within two years the economy would be growing and the need for local revenue to bridge the loss of state funding would be abated.

Now the governor’s budget, passed only by Democrats and thus with no new revenues, had overly-rosy projections – the type he had admonished about while running to replace Governor Arnold Schwarzenegger.  The governor announced his tax plan would bridge this gap.

Once again the squeeze falls on education, both K-12 and higher education, so if the governor’s plan does not pass, districts like Davis stand to lose $3.7 million.  Worse yet, the district still have the revenue from Measure A that is up for renewal – and the economic growth has yet to kick in.

It is within this context that we have to evaluate the arguments laid out this weekend by Jose Granda, candidate for the school board, and Thomas Randall.

This is, of course, not a well-placed argument.  The real question, more properly situated, is whether the district can function just as well potentially without $7.5 million (or another ten percent cut) on top of the ten million or so from the past four years.

The authors then compare the parcel taxes passed in 2011 and 2012 as “trips to the ATM” and argue: “It is as if the school board treats Davis taxpayers as an ATM where cash is readily available.”  They ask, “Fair to the taxpayers?”

Of course, they fail to note that these trips to the taxpayer only occur with permission by the taxpayer and in fact, two-thirds of those who show up at the polls have agreed.

They are correct, “Some get to vote so that others pay.  Measure E allows senior citizens, regardless of income, not to pay these parcel taxes, but they get to vote to impose these taxes on you, the homeowner. Is that fair?”

Let us be honest, the parcel tax system is probably the least fair of any system.  That is required by law, unfortunately – Proposition 13.  It means that a district can only assess at a flat rate on homeowners.  The district, under the law, can provide a senior district but cannot means test it.  And apartments are charged at a flat $20 rate per unit to the owner of the property rather than the full rate.

There is no doubt that these are not the most fair ways to do it.  There is also no doubt there is no other way to raise local revenue.

So the district can continue to cut teachers and shorten the school year, in order to balance the budget with dwindling cash supplies, or they can ask the community to support them.

With regard to senior exemption – the idea is that some people on a fixed income cannot afford to pay additional taxes.  The argument against this is that wealthy seniors are entitled to the same discount as poor seniors.  That is true.  However, it should also be noted that there is probably a self-selection effect, as less than half those seniors eligible for the exemption have taken it.

Does that mean there aren’t seniors who can afford it who aren’t freeloading?  Not at all.

Mr. Granda and Mr. Randall continue: “Some do not pay the parcel taxes at all and do not live in Davis but get to send their kids to Davis schools for free. A total of 450 students from out-of-town families who do not pay these parcel taxes get a free ride. How fair is that to Davis residents? Measure E does nothing about this.”

They are correct here.  There is no way to assess a parcel tax on non-residents.  So should we allow non-residents to transfer in?  The benefit of that is that the district gets ADA money for each student.  It keeps the district from being in a declining enrollment situation and prevents the need for further budget cuts.

So is this a reason to either not have a parcel tax or not allow transfers?  The district benefits from these transfers – most of whose parents work in Davis – more than it is harmed by them.

There are conflated arguments in this one.  First, people who do not have children in school pay the same as those who do.  So the idea that the education provided is the same is not really an argument here.

The question is this: a parcel tax is levied against the property owner.  So should an apartment owner have to pay the same rate for each of his apartment units as they would for a home?  People would rightly argue that they would simply pass the parcel tax on to the tenants – that is true.  You then have a situation where the tenants are either students (the vast majority) or of lower income.  It makes sense again to try to not overburden them.

They add: “Measure E does not consider income; it is based on where you live.”

They fail to add that it cannot, under law, consider income.

Then they take a page from previous ineffective campaigns and argue: “Measure E is not a renewal of Measure A. Proponents attempt to sell you that way.”

They argue: “Measure A was a two-year emergency measure at a cost to the taxpayers of $6.4 million over two years. Measure E could cost taxpayers $12.8 million, double the cost of Measure A, and it is for four years. How fair is that?”

The drafters of Measure E, the school board, made the determination that rather than come back to the voters every two years to ask for another extension, they will do a longer term.  How fair is that?  The voters can decide.

They argue that “money is wasted.”  Their evidence is “four district administrators in Davis that together make $655,000 a year, the equivalent of 19 teachers at an entry-level salary. Measure E does nothing to address this problem.”

The question is whether that is a problem.  When the economic crisis started, the district immediately lost one Associate Superintendent on the education side and they also got rid of support staff on the business side.  In general, the district pays a competitive wage, but slightly below state average for a district of their size for their top four administrators.

Moreover, it is not clear nor explained how the district could operate without any of these four positions, and the amount of money you could save is negligible in the face of $7.5 million.  This would seem to be a non-argument.

“After nearly 30 years of these parcel taxes, plus the $70.3 million taxpayers paid in 2011-12, they are running a structural deficit of $3.5 million a year that now they want to pass on to you in the form of Measure E.”

This is highly deceptive.  The problem that all districts face is twofold.  First, every employee is on a step and column system of salary increases that are automatic under the terms of their CBA (Collective Bargaining Agreement).  In addition, there is normal inflation that increases the costs of other basic operating costs.

So even when the district does nothing, if the state is not funding COLA (Cost of Living Adjustment), they have a deficit.  The result is that the district, when it does not receive COLA, is going to either have to make cuts as they did this spring or raise taxes.

They continue: “The school board’s campaign of deception is to threaten to fire the teachers and dismantle programs if you do not agree to pass these unfair parcel taxes. After Measure C passed in March, they laid off 47 teachers anyway, greatly affecting the children’s education instead of making it better, despite the fact that saving the teachers’ jobs was a tactic used to pass Measure C. The school board canceled language classes, deceiving the taxpayers. Why should you throw more money on a broken system and reward them for these actions?”

The authors here want to have it both ways.  They want the district to cut money (obviously), and even laying off the top four administrators, which (aside from being in violation of the EdCode) would hardly dent the structural deficit.

When asked how they would fund teaching positions, Mr. Granda in an article on the Vanguard, suggested the creation of non-profits.  Of course, the district already has the highly-successful Davis Schools Foundation.

He writes on the Vanguard, “I believe it is completely irresponsible of the school board to fund teaching positions with parcel taxes. These are funded on soft money and what good does it do to hire young talented teachers if you are going to fire them just because the board cannot balance the budget under the constraints and interests of others such as the school administrators who receive huge salaries compared to the teachers.”

And yet his position is ironic because he wants to rely on even softer money – donations – which are considered one-time monies to the point where they would not count for a district’s revenue on an ongoing basis.

There is no doubt that the taxpayers in Davis have been asked to step up repeatedly to help the district through a crisis.  They have.  And it is true that in 2011, amid a campaign of missteps, Measure A passed by just 84 votes.  At the same time, that was 84 votes over two-thirds of the population.

The question is whether the voters will step up again.  It would certainly be reasonable at some point if the voters decided that enough was enough.

On the other hand, I think everyone has to realize that not passing Measure E means huge cuts to the district, in terms of fewer school days, fewer teachers and probably fewer schools.  We need to decide if that is the district that we want.

Unfortunately, while Mr. Granda and Mr. Randall have an alternative view, I do not think they properly understand the consequences of voting no on Measure E.  They seem to believe the district can survive without it.  We believe that is overly-optimistic at best.