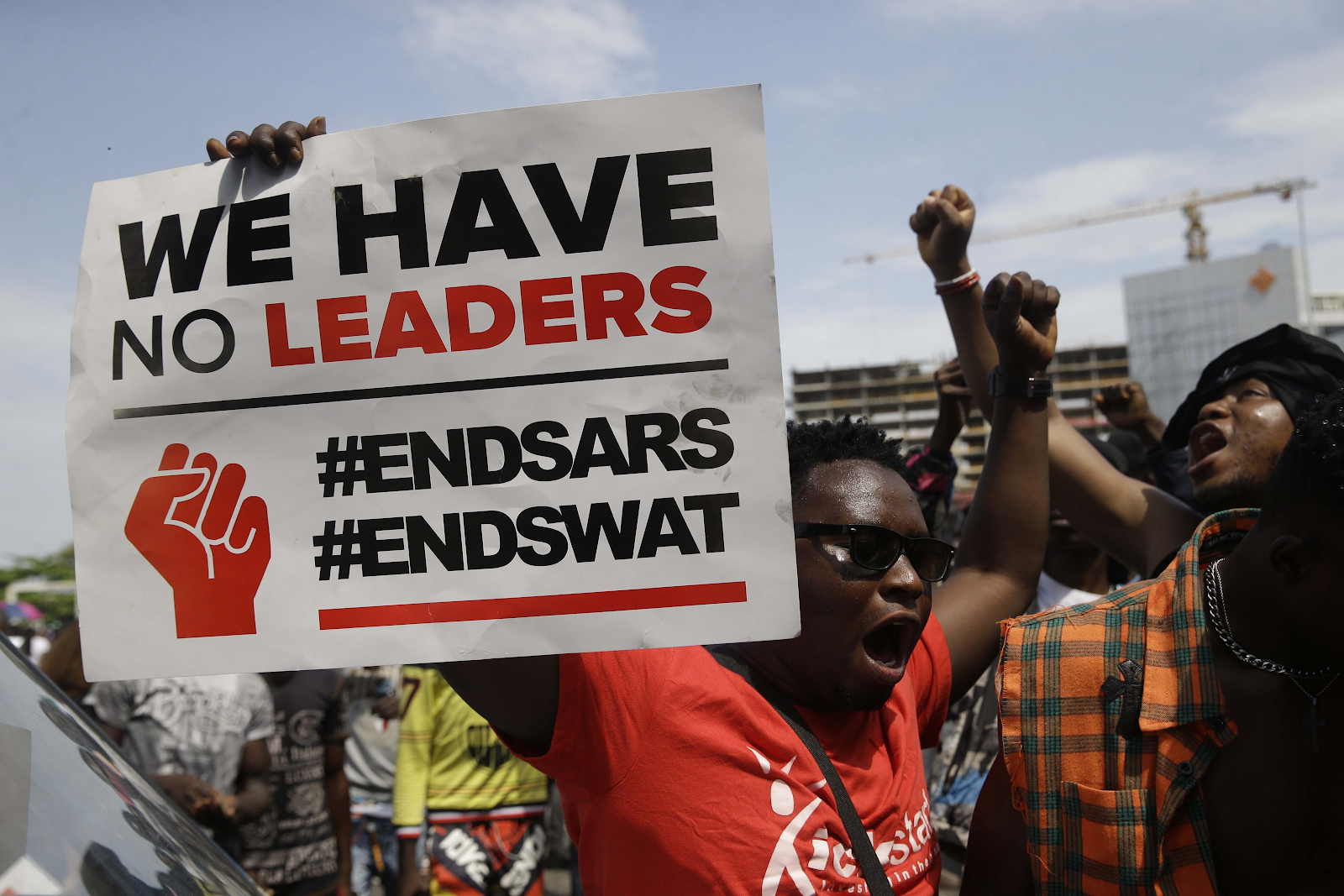 On Tuesday, Oct. 13, 2020, hundreds of Nigerians protested with placards denouncing the Special Anti-Robbery Squad (SARS) and police brutality in general.

Black people deal with police brutality in countries all around the world, not just in America, because these other countries have the same institutionalized system and a system that was not built on equality.

This protest in Nigeria broke headlines around the world. In videos, protestors were having peaceful demonstrations that turned violent with gunshots.

To understand how police brutality has a global effect, this year has had a lot of activism and people are in the streets fighting for social justice. In Nigeria that is being displayed.

The violence going on in Nigeria has been present for a quarter of a century, with the SARS who has the lead in most crimes, for example, in armed robbery, kidnapping, assault and murder.  In a press conference, Lagoas Governor Babaijde Sanwo-Olu talks about an appeal for peace. He stated, “I want to appeal to our citizens especially our youth that I am for you, I am with you, I feel the pain and I understand that indeed you are not happy the turn of events happened last night.”

Sanwo-Olu continued to say, “I want to say once again as your governor, I will do everything to ensure that every life indeed does matter.”

The Nigerian people were very distrusted about how the soldiers hurt their own people and realized that the government needs to do better. Okeadara Afeez, a football player in Nigeria expressed his view on the incident. He stated that for soldiers to face their own citizens and to be shooting them is not right in any way in this country.

Afeez continued to say, “So, let the government just do the right thing. In what he is saying to make decisions that will be better for the people or if not people get angry.” The changes that are being made should be done because people would act like their lives don’t matter.

The protests in  Nigeria have been going on since 2017 with the hashtags #EndSARS trend on Twitter, and the shooting of a man that was killed by SARS went viral on Oct 3, 2020. People are fed up and want the government to reform the police and end police brutality. Protestors are still protesting, which will not stop until the government takes action.

The #EndSARS has caught people’s attention, including celebrities like Trey Songz and Drake, who he re-shared a post from Grace Ladija on his Instagram, calling for fellow Nigerians in the UK to protest the Nigeria High Commission in London. Other celebrities like Estelle, Beyonce, Nicki Minaj and Rihanna have also used the hashtag for support.

Rapper Kanye West tweeted, “I stand with my Nigerian brothers and sister to end police brutality, the government must answer to the people crisis.” American Rapper Chance The Rapper also called for an end to the special police unit.

Since the EndSARS movement has happened, 51 civilians, 11 policemen and seven soldiers have been killed. This protest has been going on for the last three years and is now getting attention. A large scale of victims has been young male Nigerians. It is the same within America, how African Americans are being killed by the police. It is not just something that happens locally but globally as well.

Young people have taken leadership into the protest, especially Nigerians who live in Canada, London, Michigan, New York, Manchester, Dublin, Ireland and Germany. Also, Nigerians have shared their experience with the SARS while they live in Nigeria.

The youth have been on the frontline from Oct. 8, 2020, to Oct. 16,  where the protest  Nigeria was banned because of the fear of the second wave in COVID-19, so they moved the protest to the airport road.

The demonstration has to change the landscape, not just in Nigeria, but around the world. People are fed up with authority forces killing their people. It is time that ends with police reform.